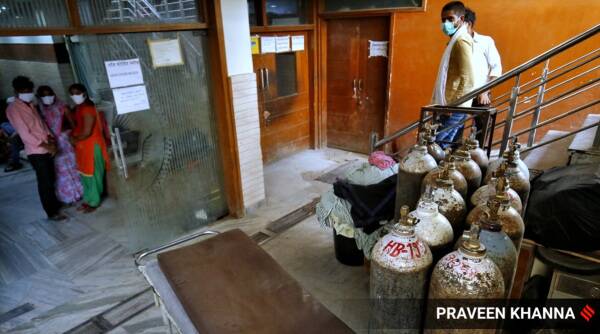 Agra’s Shri Paras Hospital, which was shut down after a purported video clip emerged of its owner talking about cutting off oxygen supply to Covid patients, has been given a clean chit by government officials. In the video, the owner, Dr Arinjay Jain, spoke about cutting off oxygen supply for five minutes as part of a “mock drill” to find out “who will die”. He said in the video that 22 patients were “filtered out” during this “experiment” as they “turned blue”.

A government committee set up to probe the incident has concluded that no deaths occurred because of the hospital’s actions.

“The death audit committee found during its probe that all patients had been treated as per Covid protocol and the details of their oxygen status and supply have been listed. It also found that the oxygen supply of any patient was not interrupted. Patients who died had comorbidities and (died) because of their critical condition. The hospital had been given adequate oxygen supply,” the report prepared by a 4-member committee stated.

The report found that 16 patients had died on the day of the alleged “experiment”. The report also highlighted the details of each patient who died on April 26.

Officials however found the hospital guilty of spreading fake information when the Covid wave was at its peak, said the report. The hospital discharged patients citing lack of oxygen even when there was enough supply, the probe found. Action against the hospital will be taken under relevant sections of the Epidemic Act, officials stated.