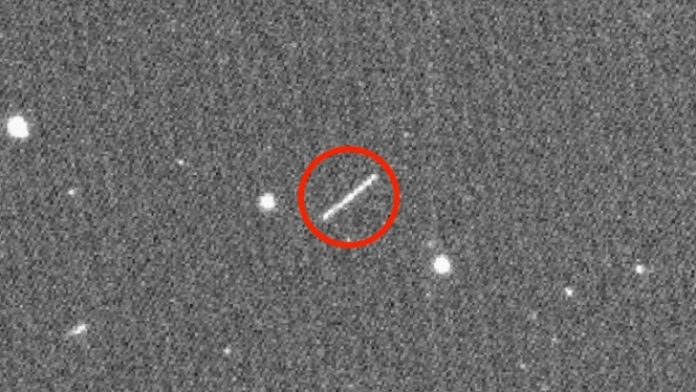 An asteroid the size of an SUV passed 2,950 kilometres above Earth, the closest asteroid ever observed passing by our planet, Nasa said on Tuesday.

If it had been on a collision course with Earth, the asteroid — named 2020 QG — would likely not have caused any damage, instead disintegrating in the atmosphere, creating a fireball in the sky, or a meteor, Nasa’s Jet Propulsion Laboratory (JPL) said in a statement.

The asteroid, which was about three to six meters long, passed above the southern Indian Ocean on Sunday at 0408 GMT।

It was moving about 12.3 kilometres per second, and was far below the geostationary orbit of about 35,000 kilometres at which most telecommunication satellites are placed.

The asteroid was first recorded six hours after its approach by the Zwicky Transient Facility, a telescope at the Palomar Observatory at the California Institute of Technology, as a long trail of light in the sky.

The US space agency said that similarly sized asteroids pass by Earth at a similar distance a few times per year.

But they’re difficult to record, unless they’re heading directly towards the planet, in which case the explosion in the atmosphere is usually noticed — as in Chelyabinsk, Russia in 2013, when the explosion of an object about 66 feet long shattered windows for miles, injuring a thousand people.

One of Nasa’s missions is to monitor larger asteroids (140 metres or more) that could actually pose a threat to Earth, but their equipment also tracks smaller ones.❐