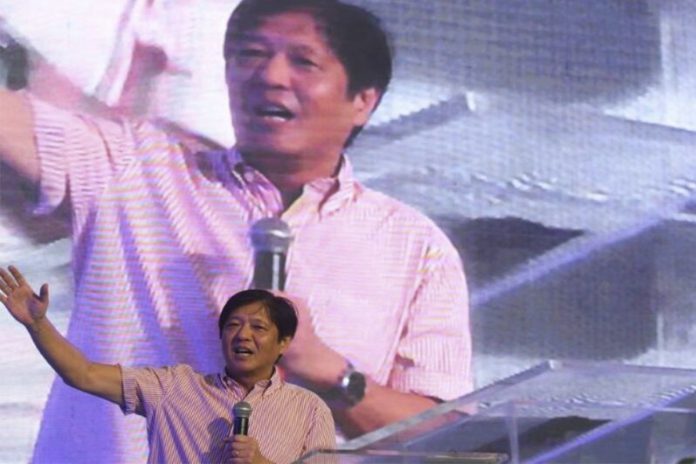 The son of late Philippines strongman Ferdinand Marcos has emerged as the person to beat in the 2022 presidential race, after President Rodrigo Duterte’s popular daughter decided not to contest the country’s top job, reports Reuters.

Ferdinand Marcos Jr likely benefited the most from Davao city Mayor Sara Duterte-Carpio’s move to run for vice president, against the wishes of her supporters, despite leading polls for preferred presidential contenders all throughout the year.

Duterte-Carpio announced on Tuesday she would be Marcos’ running mate.

“Without the popular Duterte-Carpio in the presidential race, Marcos is frontrunner, with 60 per cent odds of victory, though there is a long road ahead,” the Eurasia Group consultancy said in a note to clients late on Monday, after nominations closed.

While Marcos’s candidacy has angered victims of his father’s brutal era of martial law, a survey by the Social Weather Station (SWS) in October showed he could easily beat his rivals, including boxing hero Manny Pacquiao.

Of the six key candidates confirmed to run for president at the time the poll was conducted, 47% of the 1,200 surveyed by SWS said they would vote for the 64-year-old Marcos, popularly known as “Bongbong” or “BBM”.

“The only explanation there is he got the pro-Sara voters. There is very close affinity between BBM voters and Sara’s voters,” said political analyst Temario Rivera.

The election to choose a successor to Duterte will be held in May next year. He himself is not eligible to contest for the presidency again after his single six-year term but will be standing in the election for a senator’s seat.

Marcos is the only son of the late dictator who ruled the Philippines for almost two decades until his 1986 overthrow. He said he wants Duterte-Carpio to be his running mate, but she has yet to accept.

Marcos’s family is among the country’s most famous dynasties and despite its fall from grace, has retained far-reaching and powerful connections.