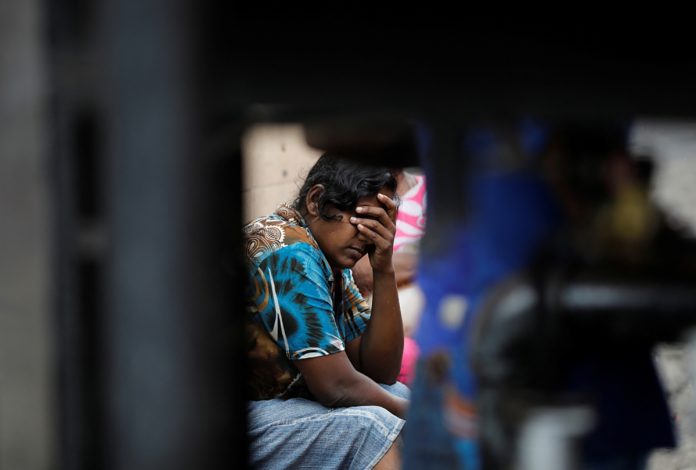 Sri Lanka’s central bank has secured foreign exchange to pay for fuel and cooking gas shipments that will ease crippling shortages, its governor said on Thursday, but police fired tear gas and water canon to push back student protesters.

Most of Sri Lanka’s petrol stations have run dry as the island nation battles its most devastating economic crisis since independence in 1948. At some pumps in the commercial capital, Colombo, dozens of people stood in lines holding plastic jerry cans, as troops in combat gear and armed with assault rifles patrolled the streets. Traffic was extremely light.

Residents said most people were staying at home because of the lack of transport, reports Reuters.

Hundreds of students carrying black flags marched on Colombo’s central Fort area, chanting slogans against the government. Police fired repeated rounds of tear gas and water canon to push them back, according to a Reuters witness.

He was speaking after the central bank held interest rates steady at a policy meeting, citing a massive 7.0 percentage point increase in April that it said was working its way through the system.

The country was more politically and economically stable, Weerasinghe said, adding that he would stay on in his post. He told reporters on May 11 that he would resign in two weeks in the absence of political stability as any steps the bank took to address the economic crisis would not be successful amid turmoil.

Opposition parliamentarian Ranil Wickremesinghe was named prime minister last week and he has made four cabinet appointments. However, he has yet to name a finance minister.

Inflation could rise further to a staggering 40% in the next couple of months but it was being driven largely by supply-side pressures and measures by the bank and government were already reining in demand-side inflation, the central bank governor added.

Inflation hit 29.8 per cent in April with food prices up 46.6 per cent year-on-year.

Sri Lanka’s economic crisis has come from the confluence of the Covid-19 pandemic battering the tourism-reliant economy, rising oil prices and populist tax cuts by the government of President Gotabaya Rajapaksa and his brother, Mahinda, who resigned as prime minister last week.

Other factors have included heavily subsidised domestic prices of fuel and a decision to ban the import of chemical fertilisers, which devastated the agriculture sector.

Sri Lanka is also officially now in default on its sovereign debt as a so-called grace period to make some already-overdue bond interest payments expired on Wednesday.

Weerasinghe said plans for a debt restructuring were almost finalised and he would be submitting a proposal to the cabinet soon.

“We are in pre-emptive default,” he said. “Our position is very clear, until there is a debt restructure, we cannot repay.”

The central bank said energy and utility prices needed to be urgently revised, and analysts said the prime minister’s ability to push reforms through parliament and overcome public anger would be crucial.

“They need to bring in critical reforms and other measures to parliament to test their support and see if they really have consensus and stability,” said Shehan Cooray, head of research at Acuity Stockbrokers in Colombo.

He added, however, that the situation had taken a turn for the better. “Given that there was a point where it was even difficult to find a governor, the fact that he has decided to remain is a good thing,” Cooray said.

Wickremesinghe, speaking in parliament, said the government was working to release six fuel shipments that had arrived at Colombo’s port.

“There are two petrol shipments among them but this will not end the shortages,” he said, adding that supplies had been locked in only until mid-June.

“Our aim now is to reduce the lines and find a way to start a fuel reserve so even if a couple of shipments are missed there is fuel available.”

However, there is considerable opposition to him. Protesters agitating for the removal of the Rajapaksa brothers say he is their stooge.