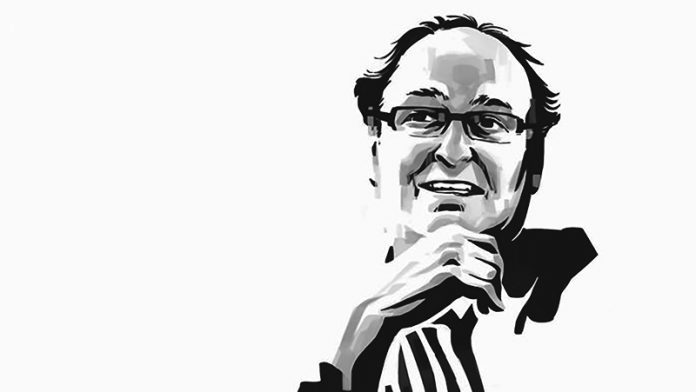 The death of legendary Soumitra Chatterjee yesterday brought an end to the last link of the golden era of Bangalee actors, led by the incomparable Uttam Kumar.

If Uttam Kumar, idolised as “guru” by his fans, was the undisputed super star of Bangalee cinema, Soumitra Chatterjee, with his striking presence and naturalist acting, which another great actor Naseeruddin Shah once said was “sytlelessness and lack of acting”, was the quintessentially intelligent actor.

He was the last of the Mohicans in Bangla cinema, whose outlook and thinking were shaped by the tumultuous decades of the 1943 Bengal famine, the 1946 communal riots and newly independent India’s socio-economic and political turmoil.

Born in 1935, Soumitra spent his initial years in Krishnanagar in West Bengal’s Nadia district. As his father was in theatre, acting ran in Soumitra’s blood.

It was during his childhood that he was introduced to the world of stage acting through family stage performances by his grandfather and father Mohit Chatterjee.

Soumitra’s father had taken part in the Indian freedom movement and the actor’s grandfather, who espoused radical nationalism, was jailed during the British rule.

While his father brought him to the stage, it was his mother Ashalata Devi who injected in him an early interest in literature. The parents together shaped the formative years of the great actor.

But it was a play by the doyen of Bengali theatre Sisir Bhaduri, which Soumitra had gone to watch during his college days in Kolkata, that was the turning point in his life as he decided to become an actor.

Soumitra shifted to Kolkata in 1951 after passing his matriculation examination from Howrah Zilla School and took admission in City College on Amherst Street in north Kolkata. There, he was exposed to an exciting cultural landscape of West Bengal as he came close to writers like Shakti Chattopadhyay, Sunil Gangopadhyay and Amitabha Dasgupta, who would often meet at the Coffee House in College Street.

It was in Kolkata that Soumitra came in touch with Satyajit Ray at the Senate Hall of Calcutta University, where a reception was being held for the director and his unit after the success of “Pather Panchali”.

One evening in 1956, Nityananda Dutta, Ray’s Assistant Director, introduced him to Ray at his residence. The director was scouting for someone to play the role of Apu in “Aparajito”. But Ray found the actor a bit too old for the role.

Soumitra, however, did not have to wait long to break into Ray’s world.

His handsome frame and manner of dialogue delivery impressed Ray, who roped him in to play Apu in “Apur Sansar”, the third movie in the Apu trilogy, alongside Sharmila Tagore.

There was no looking back for Soumitra after that.❐