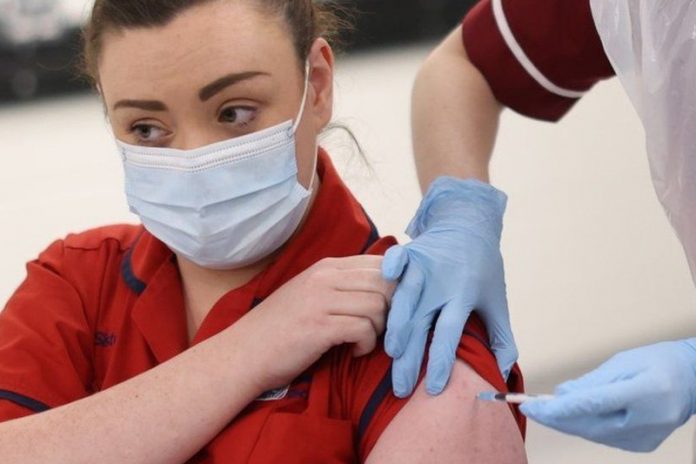 Swiss citizens who persuade their friends to get COVID-19 shots can look forward to a free restaurant meal or cinema outing courtesy of the state, under a scheme aimed at boosting the country’s low vaccination rate.

Switzerland has witnessed numerous anti-vaxxer protests and 42% of its 8.7 million population are not yet fully vaccinated, relatively high by European standards.

Announcing what he admitted was an unusual incentive scheme to bring that number down, Health Minister Alain Berset told a news conference in Bern: “The immunisation rate …remains very low and this means we cannot end containment measures.”

Under the 150 million franc initiative, every newly vaccinated person will be asked to name an individual who convinced them to get the shot, and who will then be sent a 50 Swiss franc ($54) token to cash in at participating cinemas or restaurants.

The government said it also planned to announce a national vaccination week, with 170 mobile vaccination centres.

Although the number of domestic coronavirus cases is declining, there is still – given the high number of non-immune individuals and the highly contagious Delta variant – a significant risk of another wave of infection that could place a heavy burden on hospitals, the government said.

Switzerland and neighbouring principality Liechtenstein have reported more than 841,000 COVID-19 cases and more than 10,700 deaths.