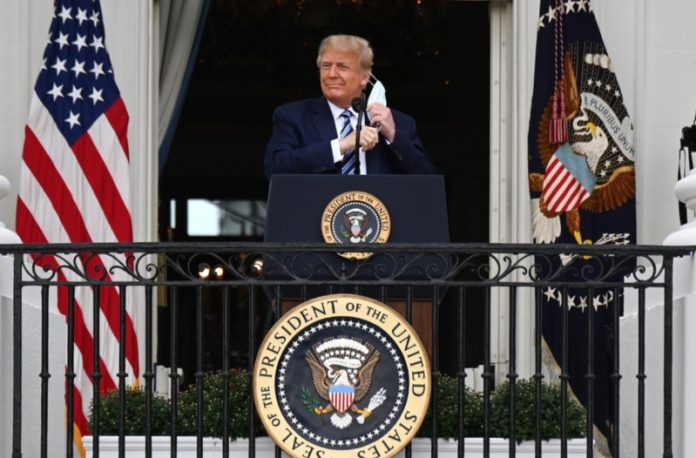 US President Donald Trump was gearing up for a public speech at the White House for the first time since testing positive for Covid-19, as he prepares a rapid return to the campaign trail just three weeks before the election.

The 74-year-old commander-in-chief has also announced a Florida rally tomorrow in an attempt to relaunch his stumbling reelection campaign against surging Democratic rival Joe Biden, who called the president’s behavior “reckless.”

Seeking to project strength and improved health, Trump had refused to participate in next week’s scheduled debate after organizers shifted it to an online format out of coronavirus concerns.

On Friday the Commission on Presidential Debates made it official, saying next Thursday’s debate is scrapped, leaving an October 22 event the final Trump-Biden showdown before election day on November 3.

That prompted accusations of bias from Trump campaign communications director Tim Murtaugh, who said “there is no medical reason to stop” the October 15 debate from proceeding.

Knocked off the campaign trail by his three-night hospitalisation last week, the president is in the midst of a frenetic bid to catch Biden.

On Friday, during an extended media blitz, Trump falsely claimed that Covid-19 now has a cure.

He also revealed that he’d been told he was near death at the worst of his bout with the virus, which has killed more than 213,000 Americans and severely dented his chances of winning a second term.

The speech, which a senior administration official said would be on Trump’s favored theme of “law and order,” will give him a chance to dispel lingering doubts about his health.❐