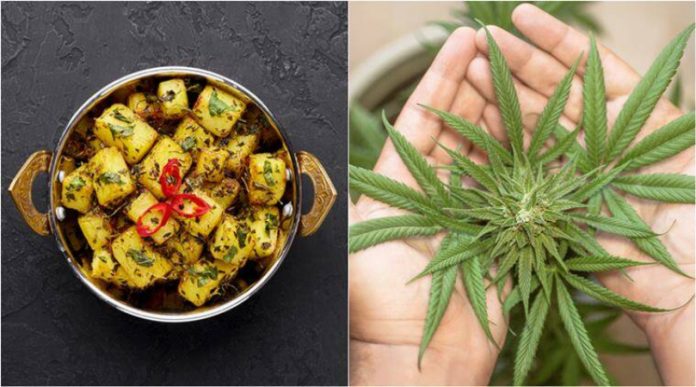 In a bizarre case, six members of a family in Uttar Pradesh landed in a hospital after consuming a dish laced with cannabis leaves because they were led to believe it was methi or fenugreek.

After they all complained of dizziness and feeling sick, they were admitted to a local hospital for treatment. The report has since been widely circulated on social media and has received many comments.

According to local reports, one Naval Kishore gave a packet of dried cannabis leaves to Nitesh, a fellow resident of the Miyaganj village, and told him it was fenugreek. Nitesh came home with them and it was cooked with potato to make what the family thought was aloo-methi.

However, after eating it they complained of dizziness and asked neighbours to call a doctor and some of them even lost consciousness. The police were alerted and the family was taken to a hospital.

Excessive consumption of cannabis can cause an elevated heart rate which puts older people at risk of a heart attack. It can also cause anxiety and extreme psychotic reactions.