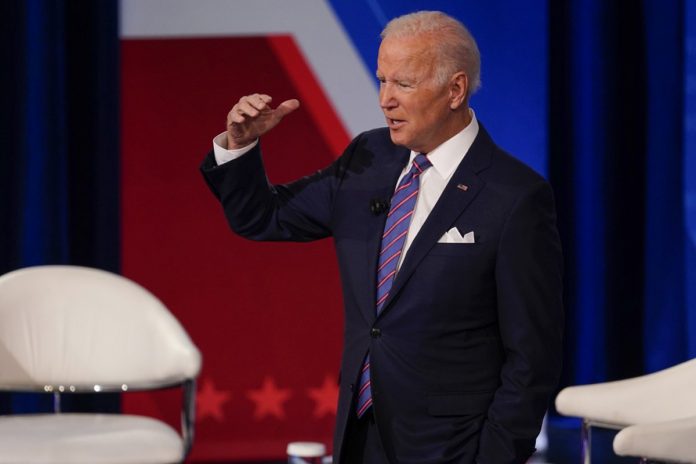 US President Joe Biden has vowed to defend Taiwan from Chinese military action, in comments that contradicted US policy to maintain an ambiguous stance over whether it would come to its rescue.

Asked whether the US military would defend the country in the event of a Chinese attack, the president said: “Yes, we have a commitment to do that.”

Biden made the comments during a wide-ranging CNN town hall event that covered pivotal tax-and-spending negotiations on Capitol Hill and rising prices, including for energy.

Biden’s comments on Taiwan appeared to upend a decades-long policy of “strategic ambiguity”, under which Washington has refused to say whether it would defend it from a Chinese attack. The policy is designed to discourage Taipei from declaring independence and to give Beijing pause about taking military action to seize the country, which it claims as its territory.

The White House sought to play down the comments, saying Biden was “not announcing” a change. “We will uphold our commitment under the act, we will continue to support Taiwan’s self-defence and we will continue to oppose any unilateral changes to the status quo,” it said.

But Biden’s remarks were much more explicit than similar comments he made last month, which US officials were also forced to clarify.

Under the Taiwan Relations Act, which was passed when Washington normalised relations with Beijing in 1979, the US provides Taiwan with support to defend itself, which has generally focused on arms sales. But the law does not bind the two countries in a formal defence alliance.

The latest remarks came amid mounting tensions between the US and China. The countries have seen some improvement in diplomatic relations in recent weeks but relations remain under pressure over Taiwan, as the Chinese military continues its assertive activity near the island.