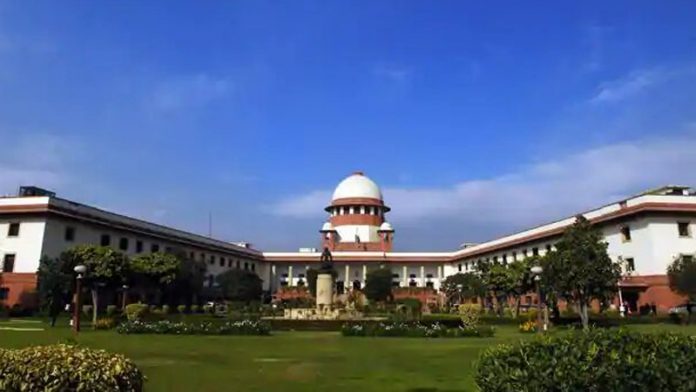 New Delhi: The Supreme Court has asked the Centre to respond within three days to a petition that claims the Central Vista project will impact a “public recreational” zone. It would not be possible to have a recreational area at the spot because parliament and the Vice President’s house are being built there, the government lawyer told the court.

“I will seek instructions from the government but because Parliament and Vice-President’s house is coming up there, it would not be possible to have a recreational area in the vicinity,” said Solicitor General Tushar Mehta.

Justices AM Khanwilkar and CT Ravikumar are hearing the case, which will be taken up next on Friday.

The Central Vista Redevelopment Project involves a do-over of a 3.2 km stretch in the heart of Delhi, which was designed by the British before Independence, at the cost of ₹ 20,000 crore.

Several government buildings, including the Parliament House and ministry offices, will be rebuilt as part of the project.

The latest petition involving the government’s prestige project is by social activist Rajeev Suri, the original petitioner who had challenged the Central Vista project earlier citing illegal change in land use and absence of environmental clearance.

Earlier petitions were dismissed by both the Delhi High Court and the Supreme Court, and the project was not stopped.

Rajeev Suri says in his new petition that land use in some areas are being changed from “public recreational” to “residential” for the Central Vista project. He argues that it would affect the area currently meant for public recreation.

Justice AM Khanwilkar asked the Solicitor General if the government had removed such an area from the plan or whether the earlier recreational areas were to be relocated to some other areas.

The Supreme Court has asked the Centre to file an affidavit on the reasons behind the modification.

The redevelopment project is expected to be completed next year, when India celebrates 75 years of Independence.