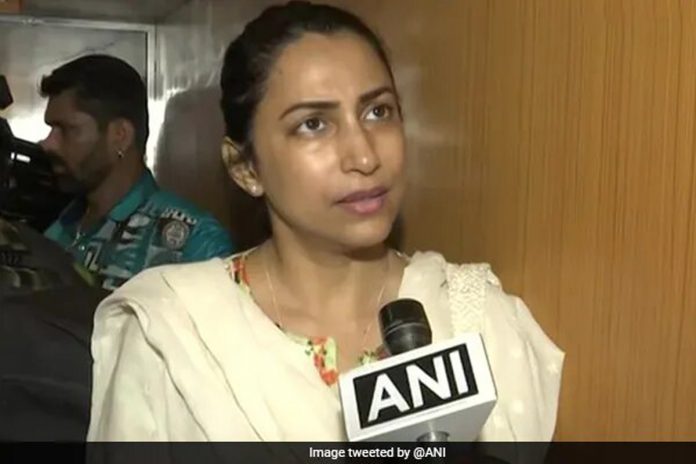 Mumbai: Zonal Director of Narcotics Control Bureau (NCB) Mumbai unit Sameer Wankhede’s wife Kranti Redkar Wankhede on Sunday said the safety of her husband and family is in jeopardy and asked for security.

Speaking to ANI, Ms Redkar said, “The safety of Sameer Wankhede and our family members is in jeopardy. Three people conducted a recce of the house some days back. These people are very dangerous, what they can do, have no clue about that.”

The National Commission for Scheduled Castes Vice Chairmen Arun Haldar also visited the residence of NCB officer Sameer Wankhede who is in charge of the investigation in the drugs-on-cruise case.

Ms Redkar said Arun Haldar came here to see some original documents. Now the investigation will be conducted against the people who were making allegations against us, she said.

Speaking on her family’s safety, Sameer Wankhede’s wife said, “We will provide the CCTV footage to the police. Security should be provided to the family.”

“My children are very young, their safety is very important in that perspective. When we (Sameer and I) are not home who will take care of their safety?” she asked.

Earlier in the drug-on-cruise case, Maharashtra Minister Nawab Malik had accused Sameer Wankhede of favouritism. Along with this, he also made serious allegations like extortion and raised questions on Mr Wankhede’s birth certificate and marriage.

An NCB team busted an alleged drugs party on the Cordelia Cruise ship, which was on its way to Goa at mid-sea on October 2.