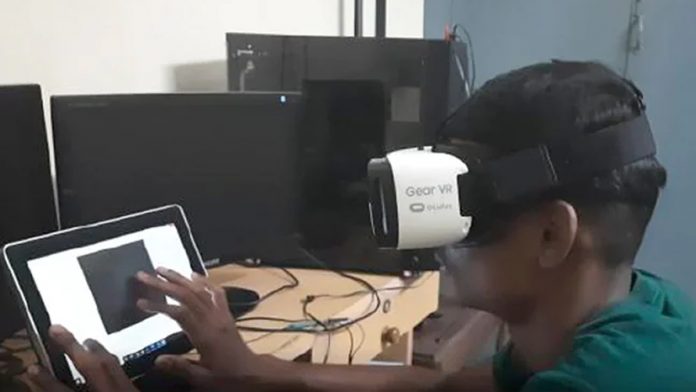 Online viewing and reading of the products you intend to purchase on e-commerce sites is a useful feature that aids in decision-making. However, cutting-edge technology is now going to allow customers to touch and feel the product.

A new touchscreen display technology has been developed by researchers at the Indian Institute of Technology in Madras that allows a user to feel the textures of images as their finger goes across the touch surface. Current touchscreens can only detect where your finger touches the screen.

The new technology is known as ‘iTad,’ for interactive Touch active display. It is the next generation in Touch Display technology, according to a statement by IIT Madras.

“Through the use of software, the researchers can create different textures such as crisp edges, switches, and rich textures that range from smooth to gritty. A new level of interaction comes alive on smooth physical surfaces,” the institute said in a release.

There are no moving parts in iTad. Instead, an in-built multi-touch sensor detects the movement of the finger and surface friction is adjusted via software. By controlling electric fields via a physical phenomenon known as ‘electroadhesion,’ the software modulates friction locally as fingers travel across a smooth plane.

Head researcher M. Professor Manivannan of the Department of Applied Mechanics said,”This is the era of iTad. The technology can take online shopping experience to the next level. We can touch and feel things before we buy from e-commerce platforms. Around 30 per cent of returns to the online shopping are due to the mismatch of user experience. Their expectations are different by looking at the images online.”

In order to advance the technology, touchlab researchers have been collaborating with Merkel Haptics, a start-up housed at the IIT-M research park.

Dr PV Padmapriya, CEO of Merkel Haptics, provided more details on the current state of “iTad” and an estimated launch date with potential real-world applications, “The prototype from the Touchlab can be made into a product in a year’s time. Our aim is to make a small device, similar to a computer mouse, on everyone’s desk to add to the experience. We have been field testing and providing valuable feedback to the researchers at IIT Madras on improving the functionality of the technology.”

The main uses for iTad technology are:
1. Automotive, Consumer Electronics, and Digital Signage

3. Aid for the visually challenged, among other areas