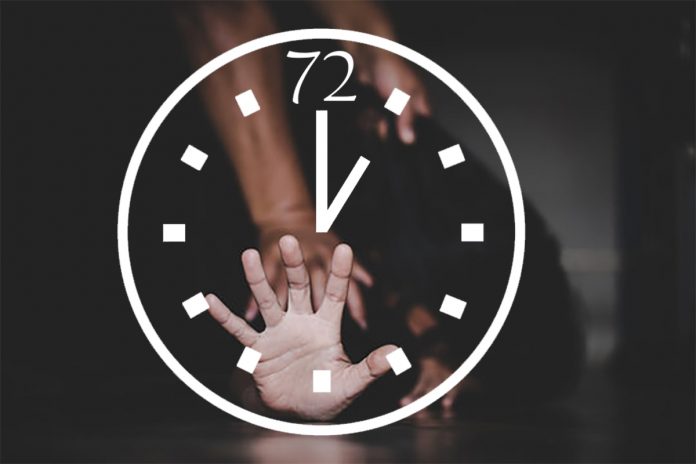 The observation that asked the police not to record rape case if the victim comes after 72 hours of the incident was not mentioned in the full verdict of the Raintree Hotel rape case.

Judge of the Women and Children Repression Prevention Tribunal-7 in Dhaka Mosammat Qumrunnaher delivered the verdict on Nov 11 in the case filed four years ago on charges of violating two university students.

Quoting the concerned lawyers some of the media published reports that the judge made the observation in the verdict asking the police not to record rape case if the victim comes after 72 hours of the incident.

The lawyers and rights activists raised questions over the published observation of the verdict. Different social and political organisations also protested the observation saying that such an observation of a court is contrary to the justice and the Constitution of the country.

In this circumstance, the law minister Anisul Huq was faced by journalists last Saturday. In the Supreme Court Bar Association (SCBA) premises the law minister said, judge Qumrunnaher’s observation is illegal and unconstitutional.

I will write a letter to the chief justice for taking initiatives over her (the judge) judicial power, also said the minister.

Chief Justice Syed Mahmud Hossain on Sunday has temporarily withdrawn the judicial power of judge Mosammat Qumrunnaher. The Supreme Court authorities also sent a letter asking the law ministry to take necessary initiatives for withdrawing the judge from her present workplace and to attach with the law and justice department of the ministry after suspending her judicial power temporarily.

But in the full text of the verdict, there is no such direction or observation that asked the police not to receive rape allegations if the victims come after 72 hours of the incidents.

The judge said, “This tribunal has seen a lot of rape case of adult victims who are already accustomed to sexual relations come up for trial where victims are medically examined many days after the alleged incident. When the case is filed long after the incident, no clues could be found to prove the sexual violence on the victim.”

“If the matter is taken care of at the time of filing the case and if that victim medically examined within 72 hours (as the opinion of medical officers of many cases) any signs of rape are found properly, and if it is proved through the forensic test, it becomes an important document in a rape case. Then the sentence of a person accused in a rape case could be secured and justice could be served in according to that.”

“If both adult victims had been medically examined soon after the incident or within earliest opportunity then there would be signs of rape in favour of the prosecution or even thy filed the case on the following day or immediately after the incident the police could still find the injury marks of sexual violence on their face, cheeks or other parts of their bodies and that would be the documentary evidence.”

On Tuesday, the Supreme Court took all case evidence from the lower court for scrutiny.

A Dhaka university student filed the case with Banani Police Station accusing five on May 6 in 2017. According to the case statement, two young men raped the complainant and another university student on March 28 in 2017 at a birthday party at the Raintree Hotel in Banani while three others assisted them.