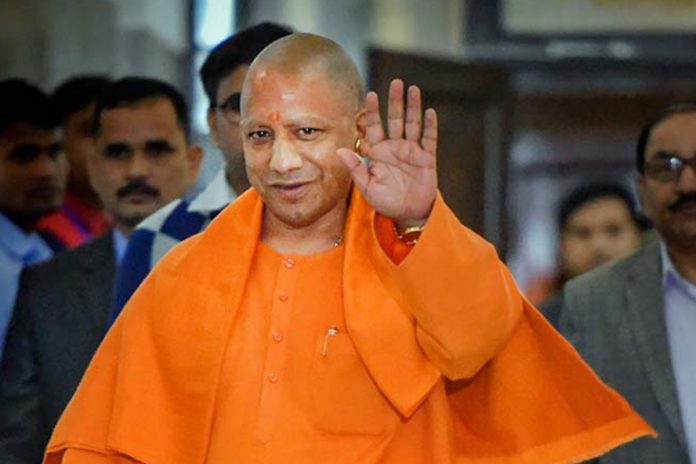 Lucknow: Uttar Pradesh Chief Minister Yogi Adityanath’s speech in Mathura today contained what is practically a record number of swipes at Samajwadi chief Akhilesh Yadav — many of them not too parliamentary and some that were communal. Supplementing Prime Minister Narendra Modi’s “lal topiwala” (red cap) jibe, Mr Yadav was called “babua” (little boy), his father Mulayam Singh Yadav was referred to as “abba jaan”. There were references to graveyards, and “Kans”, the mythological tyrant ruler of the city who was defeated by Lord Krishna.

“Are you happy with the Ram Temple being built? Would the Congress build this temple? Did you have any hopes from the Congress? Would the BSP build the ram temple in Ayodhya?” Yogi Adiytanath said.

Then came the swipe at the Samajwadi Party. “Babua se to bolna hi kya hai (No point asking Babua)… Babua is going the same way as ‘abba jaan’,” he said in a more pointed reference to the Samajwadi Party patriarch than his earlier digs. “If anyone went to build the Ram temple, he (Akhilesh Yadav) would have shot them… If he had time to spare from withdrawing cases against terrorists, he would respect your sentiments, thought about the youth, and women or carry out development work. But he had no time,” the Chief Minister said.

The “withdrawing cases against terrorists” was a reinforcement of PM Modi’s yesterday’s jibes at the Samajwadi Party chief, whose rallies are becoming increasingly well-attended.

Calling Mr Yadav’s trademark red cap a “red alert” for the state at an official function, PM Modi had said: “These people only need power for scams, for encroachment, to give a free run to mafias. The red caps want to form the government to get terrorists released from jail.”.

Subsequent similar remarks from his official Twitter handle had set off a political storm with the opposition calling it a violation of convention and a waste of public money.