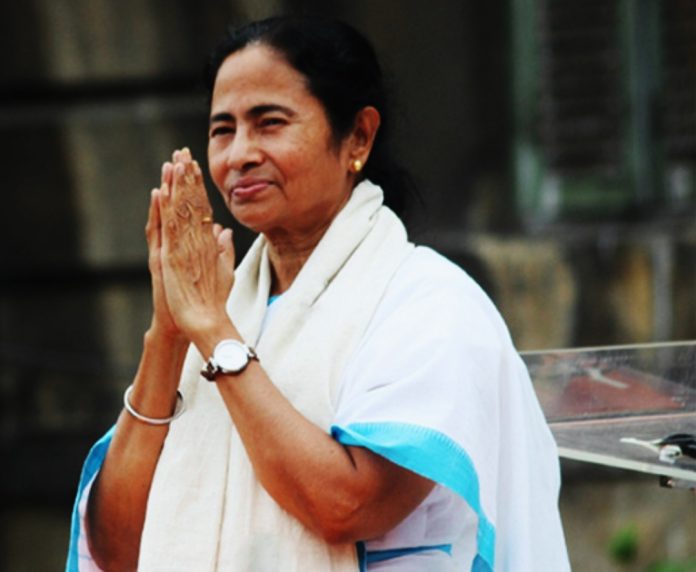 Kolkata: In an escalation of the war of words between Trinamool and the Congress, Mamata Banerjee’s party on Wednesday claimed that it is now the “real Congress” given the fact that the “war weary” grand old party has failed to perform its role as the main opposition to BJP.

The Congress quickly hit back accusing Trinamool of being a “stooge of BJP” and challenged it to prove its credentials on a “pan India” platform.

The Trinamool, which is engaged in a war of words with the Congress over the issue of opposition front leadership, iterated in its mouthpiece “Jago Bangla” that it is committed to fighting BJP.

“Congress is incapable of carrying on the baton of the principal opposition,” the article in “Jago Bangla” said and shared details of Trinamool national general secretary Abhishek Banerjee’s meeting with the party MPs in New Delhi on Tuesday, where he spoke about the camp’s intention to expand in other states.

“The Congress was supposed to stop the BJP juggernaut. It is the main opposition party at the Centre. It is, however, indifferent, war weary, burdened, torn apart by infighting and factionalism. But time does not wait for anybody; someone has to come forward. The Trinamool will fulfil that responsibility. It is the real Congress,” it said.

The editorial piece said that Trinamool wants to take along everybody as it marches ahead to create a united opposition.

According to Bengal’s ruling camp leaders, Abhishek Banerjee in his meeting with party MPs had rubbished allegations that the Trinamool was trying to drive a wedge in the opposition as “baseless”.

“Our leader Abhishek Banerjee has said that the party will continue to expand in other states. The Congress and CPI(M) had fought against Trinamool in the last assembly polls and indirectly helped BJP. So if that wasn’t a spanner in the opposition unity, how come Trinamool’s expansion in other states is a problem?” a senior Trinamool MP sought to know.

Reacting to the editorial, senior Congress leader Shuvankar Sarkar challenged the Trinamool to prove its credentials on a pan India platform.

“The Trinamool has managed to replace Congress in Bengal due to our lacunae and with the blessings of some of the central leaders. But to replicate it at the national level is far from reality. Congress still commands a 20 per cent vote share across the country. The Trinamool has just four per cent. Let it first prove its credentials nationally and then dream big,” he said.

“We think it is BJP that has hatched the conspiracy along with Trinamool to undermine us (Cong). The Trinamool to protect its leaders from CBI and the Enforcement Directorate, has joined hands with the saffron camp. The nexus will soon be exposed,” he said.

The Trinamool leadership blamed Congress for its “lacklustre approach” in fighting the BJP.

“The Congress is not serious in fighting BJP. It has a lackadaisical approach. Our party supremo Mamata Banerjee proposed the setting up a joint steering committee, but nothing moved. We never said we want an opposition alliance without Congress. But if it wants to sit idle, we can’t be blamed,” Trinamool state general secretary Kunal Ghosh said.

The Trinamool, which is trying to make inroads in the political landscapes of other states, has been up in arms against Congress over its alleged failure to counter the BJP.

In its bid to enter Tripura’s political arena in a big way, Trinamool recently engaged in a bitter battle with the BJP during the municipal election there. It is also gearing up to contest the assembly poll in Goa to pitch Mamata Banerjee firmly as the foremost anti-BJP voice.

In a massive jolt to Congress in Meghalaya, 12 of its 17 MLAs led by former chief minister Mukul Sangma, recently joined Trinamool.

The Trinamool also said it is “disinterested” in coordinating with the Congress during the Winter Session of Parliament and does not want to play second fiddle to the grand old party.

In October, Ms Banerjee’s party had taken a dig at Rahul Gandhi’s defeat at Amethi in the 2019 Lok Sabha poll and wondered whether the Congress could erase it through a Twitter trend.

The ties between the Congress and the Trinamool was further strained after “Jago Bangla” in one of its articles asserted that Ms Banerjee and not Rahul Gandhi has emerged as the face of the opposition against Prime Minister Narendra Modi.