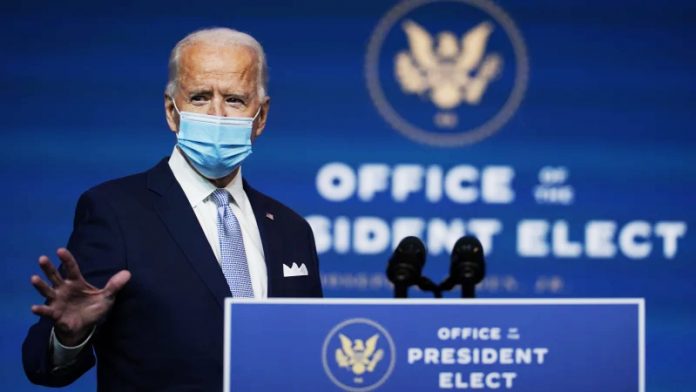 President-elect Joe Biden said on Tuesday the United States will be “ready to lead” again on the global stage, turning the page on President Donald Trump’s unilateralist policies as he pledged to work together with America’s allies.

Introducing his new foreign policy and national security team, the Democratic former vice president signalled he intends after taking office on January 20 to steer the United States away from the “America First” nationalism pursued by Trump.

The Republican incumbent has unsettled many US allies, in Europe and elsewhere, with an antagonistic approach toward the NATO alliance and trade relations, abandonment of international agreements and warm relationships with authoritarian leaders.

Biden said his team, which includes trusted aide Antony Blinken as his nominee for US secretary of state, would shed what the president-elect described as “old thinking and unchanged habits” in its approach to foreign relations.

“It’s a team that reflects the fact that America is back, ready to lead the world, not retreat from it, once again sit at the head of the table, ready to confront our adversaries and not reject our allies, ready to stand up for our values,” Biden said at the event in his hometown of Wilmington, Delaware.

The world is much changed since Democrats were last in the White House four years ago. China is on the rise and emboldened, Russia has sought to further assert its clout, US influence has waned as it has pulled out of various accords, and American moral authority has been dented by turmoil at home.

Biden also has tapped Jake Sullivan as national security adviser, Linda Thomas-Greenfield as US ambassador to the United Nations, Alejandro Mayorkas as secretary of homeland security and John Kerry as envoy on climate-related issues. They appeared with Biden and underscored his message.

US foreign policy under a Biden administration is likely to take more of a multilateral and diplomatic approach aimed at repairing Washington’s relationships with key US allies and pursue new paths on issues such as climate change.

Biden said he has been struck in calls with roughly 20 world leaders “by how much they’re looking forward to the United States reasserting its historic role as a global leader.”

His promise to embrace alliances, including in the Asia-Pacific region, follows a deterioration in bilateral ties between the United States and China, the world’s top two economies, that has triggered comparisons to the Cold War.

This final year of Trump’s administration was marked by frequent China-bashing as the two powers sparred over China’s handling of the coronavirus pandemic, deteriorating freedoms in Hong Kong and territorial issues in the South China Sea.

While China is unlikely to find a soft alternative to Trump with Biden, diplomats and analysts expect a more measured tone and intensified efforts to strengthen alliances to counter Beijing.

In his remarks, Biden said that working with allies would help keep America safe without engaging in “needless military conflicts.” He did not reference the country’s longest war – the Afghanistan conflict – as Trump moves to reduce US forces.❐