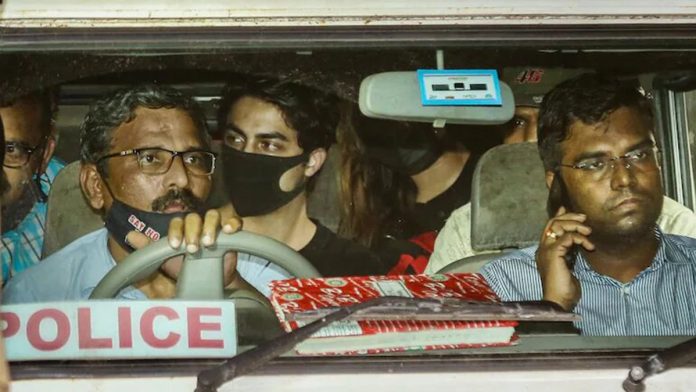 The news of Shah Rukh Khan’s son Aryan Khan’s arrest due to his involvement in drugs has shocked the industry and fans across the country. The star kid was nabbed by the NCB along with seven others on a Goa-bound cruise ship off the Mumbai coast as they seized 13 gm of cocaine, 5 gm of MD, 21 gm of charas and 22 pills of ecstasy, along with Rs. 1.33 lakh cash. NCB’s zonal director Sameer Wankhede and his team conducted this raid as they undercover after a tip off.

Now, NCB has shared some crucial details about the interrogation and raid as they told the court that they have founded objectionable pics in Aryan Khan’s mobile phone, which are related to drugs. They also said that they have found chats about the drugs in the device. NCB has asked court for the custody as they want to find out that how these drugs reach them. They shared their concern for the youth as their addiction towards this affects the society and their respective families. NCB has revealed that the drug peddlers have used the codenames during their chats with Aryan and other people who got nabbed in the raid.

As per the reports, Aryan Khan broke down during his interrogation by officials and also confessed that he has been consuming varied kinds of drugs for the past four years. The star kid was polite and cooperative during the interrogation and revealed that he took drugs during his stay in Dubai, UK and other countries. Aryan’s lawyer Satish Maneshinde demanded bail as he said, “Aryan had no ticket, no cabin or seat on board the cruise. He was there because he had been invited. He didn’t even have a boarding pass. Nothing has been found on him. He was arrested on the basis of chat only.”