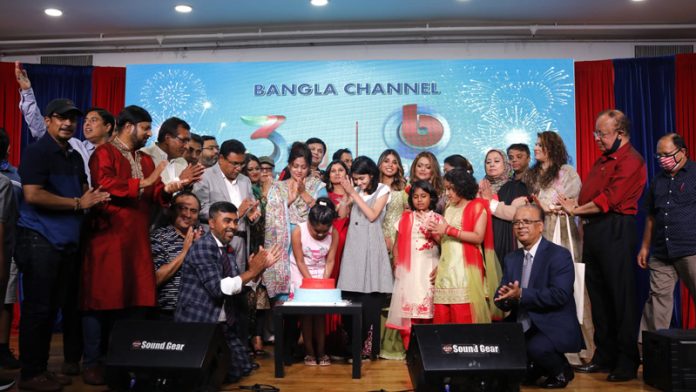 Zahan Ara Dolon: New York correspondent: The US based television channel ‘Bangla Channel’ was launched in New York in 2019 with the slogan ‘Millions of souls together’. The 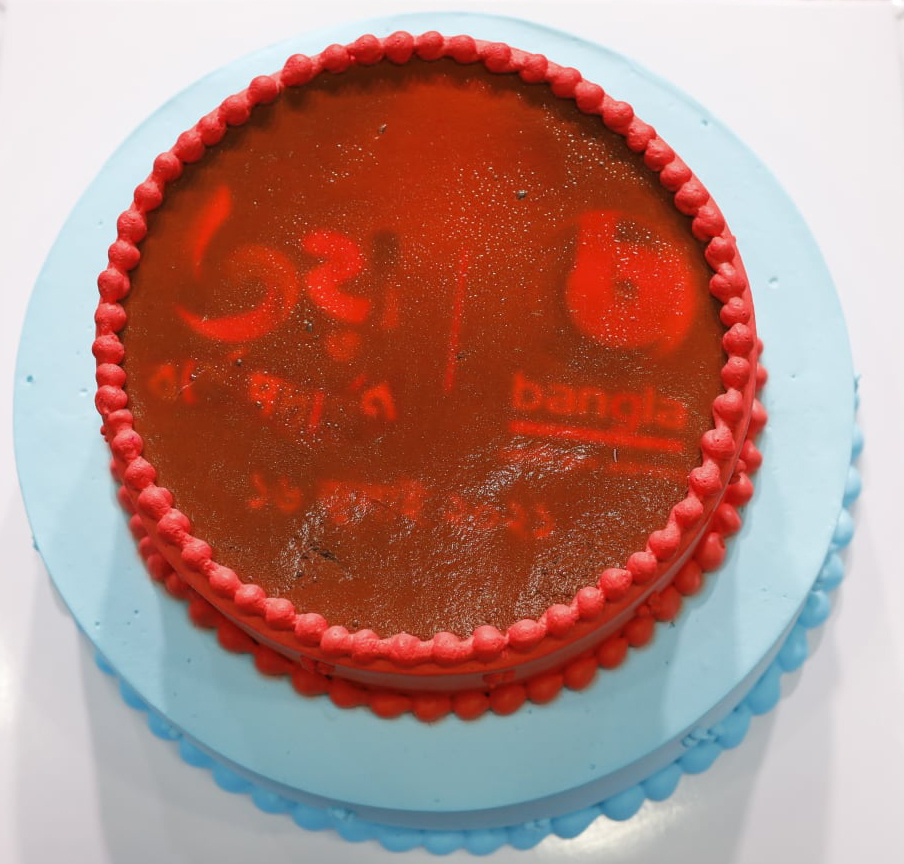 Bangla Channel is not just a television channel to cater to the information and entertainment for the viewers; Its a dream, it’s a family.

Due to the uniqueness of broadcasting news and programs, Bangla Channel was able to attract viewers within a few months. Under the leadership of creative, skilled and talented people, the audience is delighted with the new presentation quality. At present, the channel has gained acquaintance with Bengalis from New York to Bangladesh and India.

The Bangla Channel’s third anniversary celebration was held on July 16 at the Gulshan Terrace Auditorium in Woodside, New York City. This colorful celebration turned into a 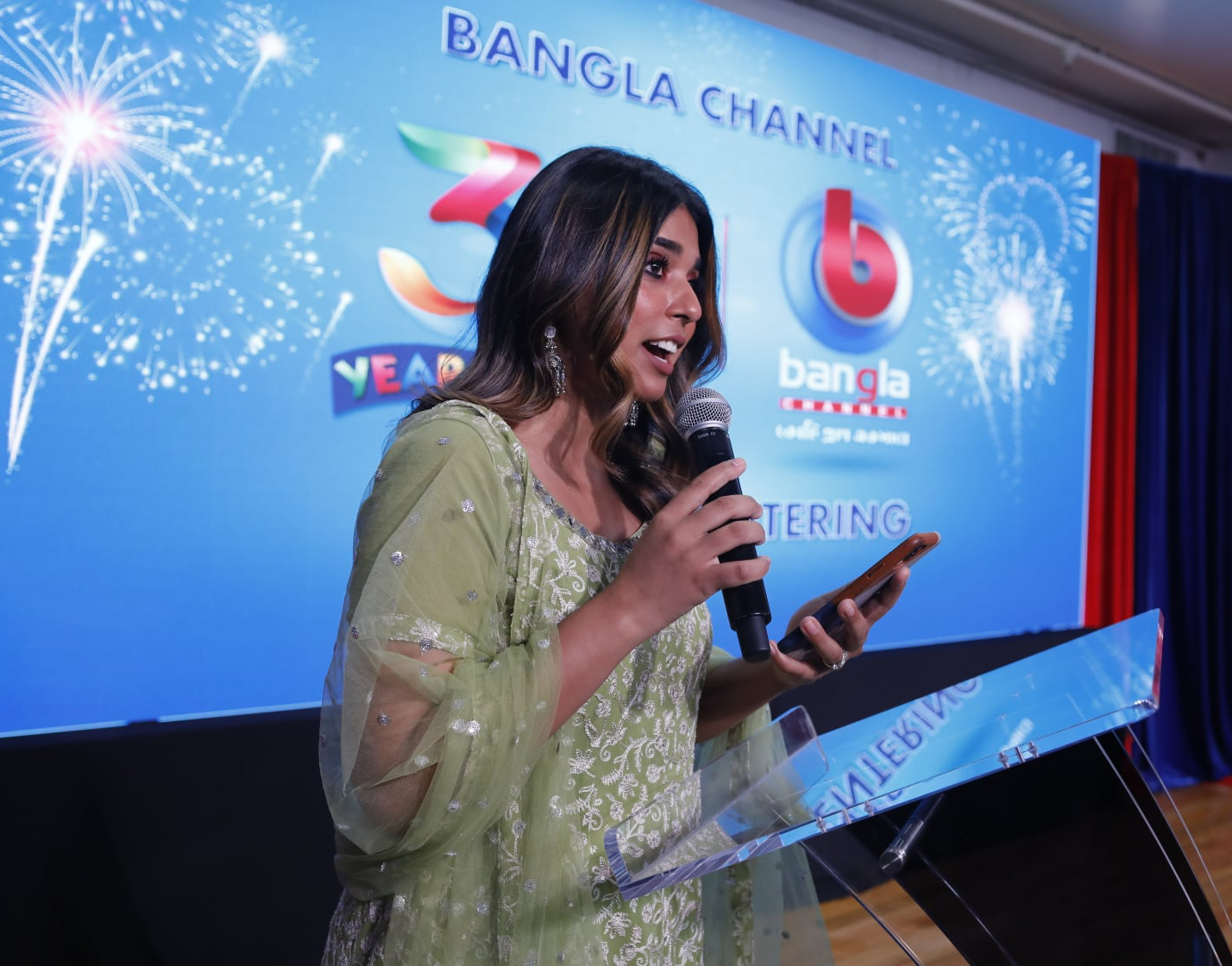 Mainstream US politicians also joined the celebration. In the murmur of raga music with sitar and tabla, the East has been presented to the West. Guests were mesmerized by the tunes of children’s violin and Hawaiian guitar. There was also a dance of Bengali girls in the program. The traditional rural Bengali narrative emerged in the dance. 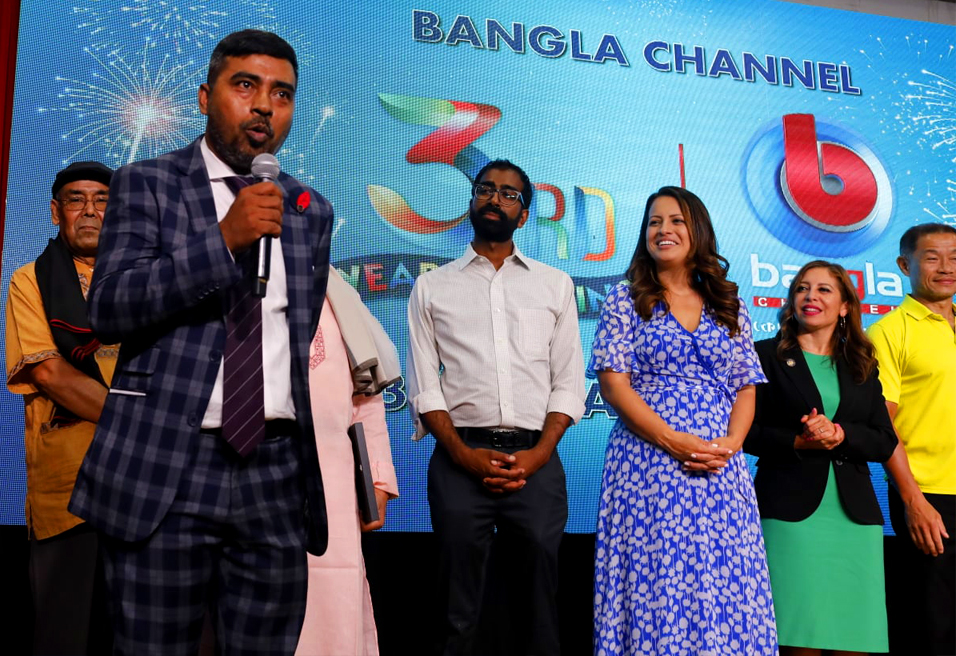 The first three eminent persons were honored for their colorful careers. Physician Mohammad Merajul Haque Sohag and the Bangladesh Society of New York were honored for their unique role during the Coronavirus epidemic. Mainstream politicians from the United States and New York, handed over the commemorative certificates and crests at the ceremony. 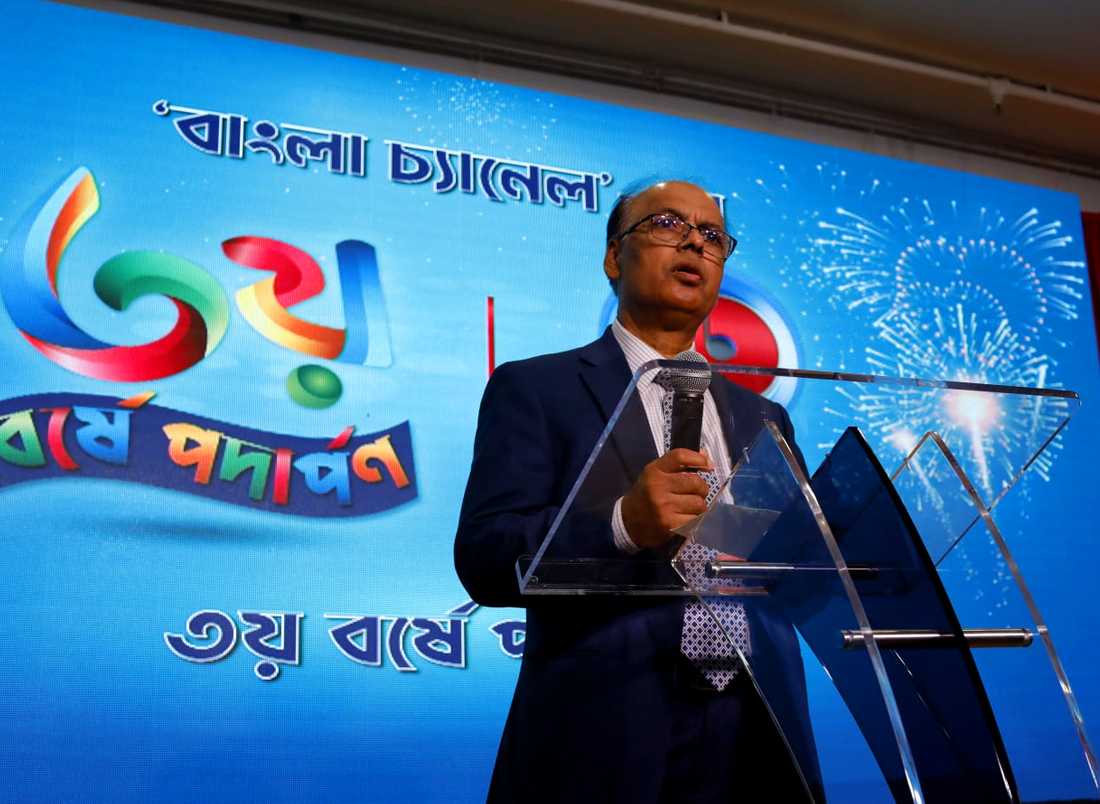 The two other honorees were absent from the ceremony. On behalf of Mohammad Merajul Haque Sohag, Mahmuda Nargis received the commemorative, certificate and a crest. Assemblywoman Catalina Cruz handed over the memento, certificate and crest. Writer, poet and journalist Darpan Kabir received a memento, certificate and crest on behalf of Sheikh Sadi Khan. On the occasion, State Assemblyman John Liu presented the proclamation to Bangla Channel. The Chairman and President of Bangla Channel received the proclamation from John Liu.

Mainstream politicians and prominent people of the community greeted Bangla Channel on the occasion. They emphasize the role of the media in the community. Among the 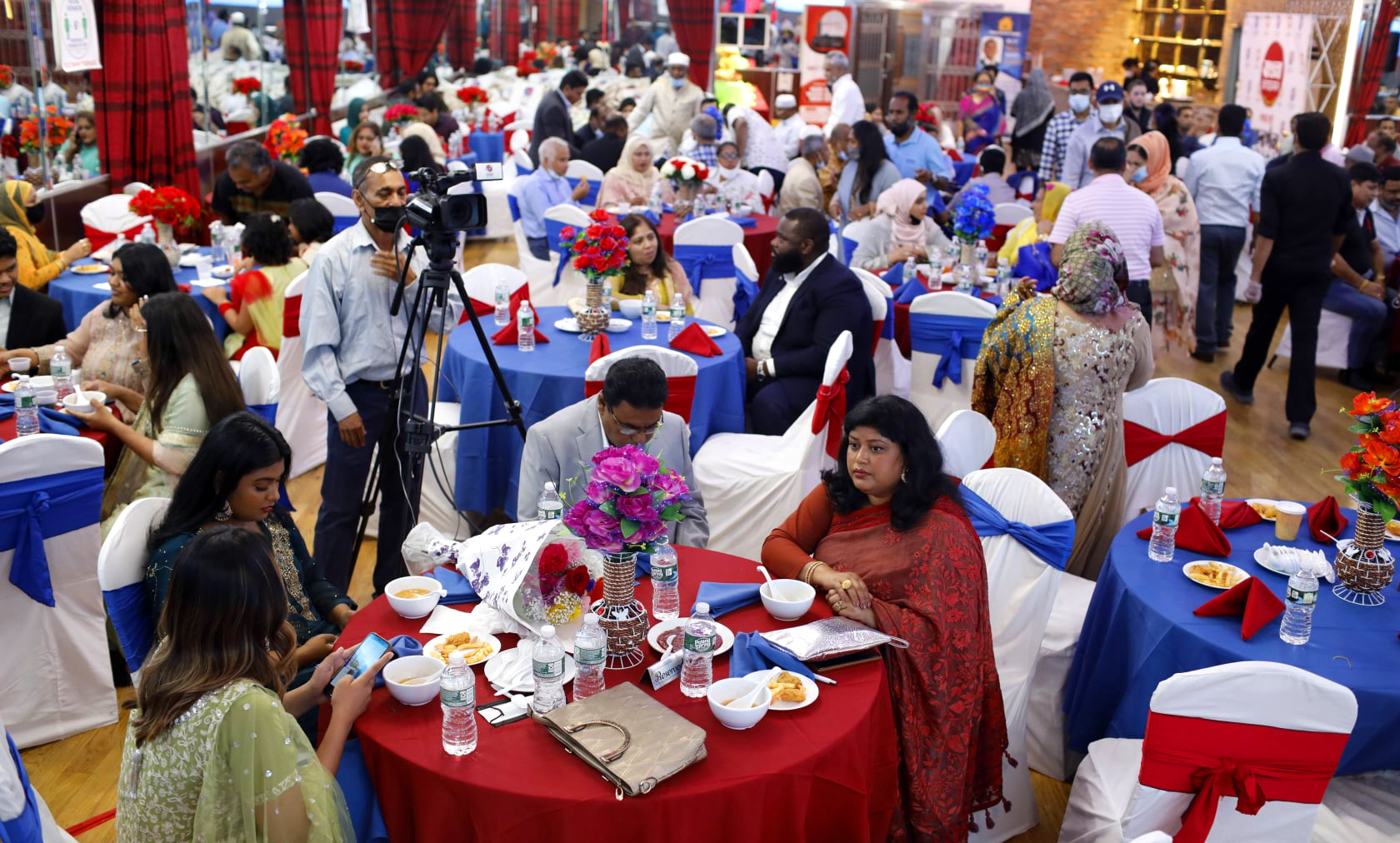 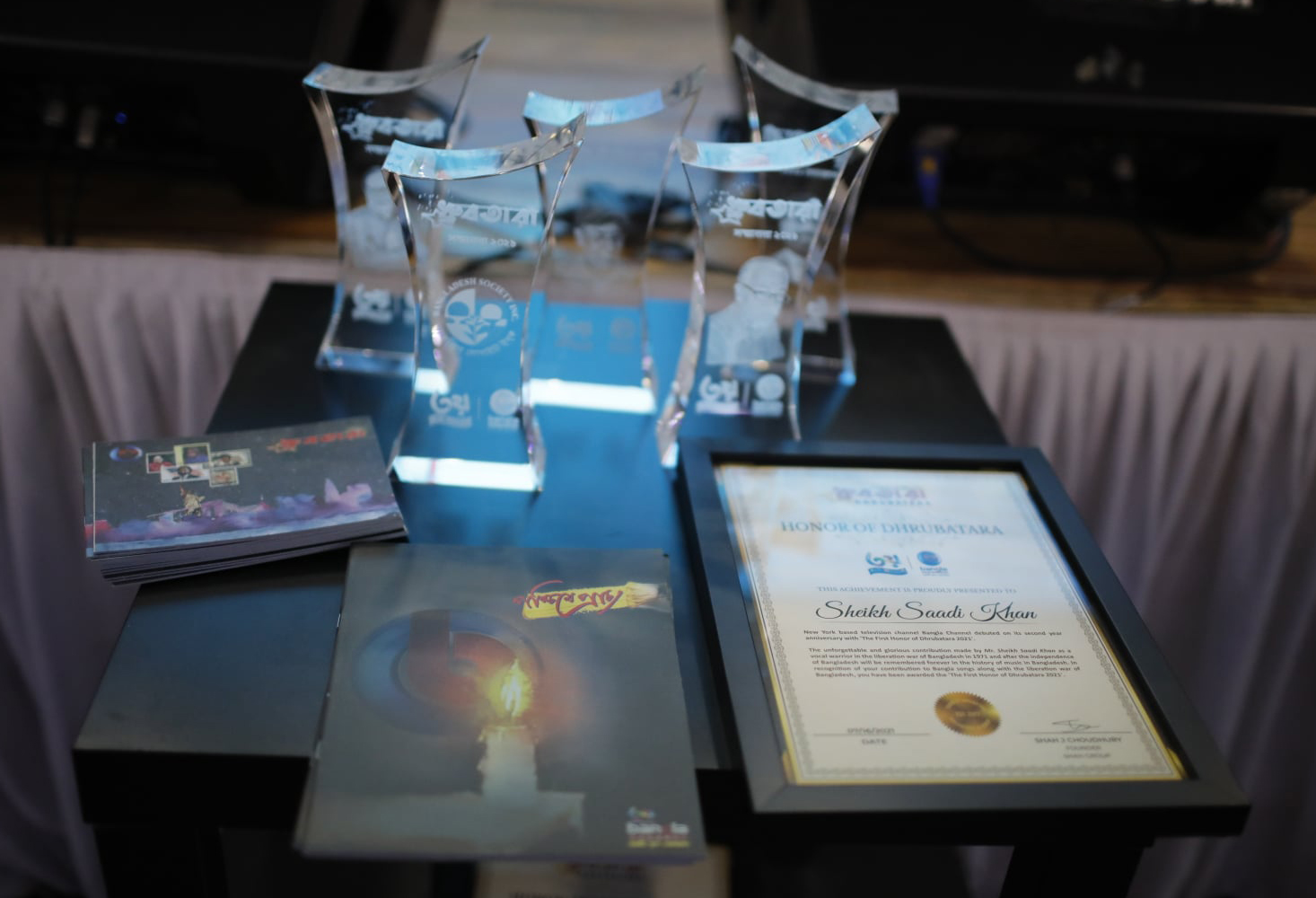 The guests wished that, Bangla Channel will introduce the new generation to Bengali culture, and will try to keep the Bengali culture by keeping the spirit of the liberation war above all, that is the expectation. They also said that the importance of media in cultivating 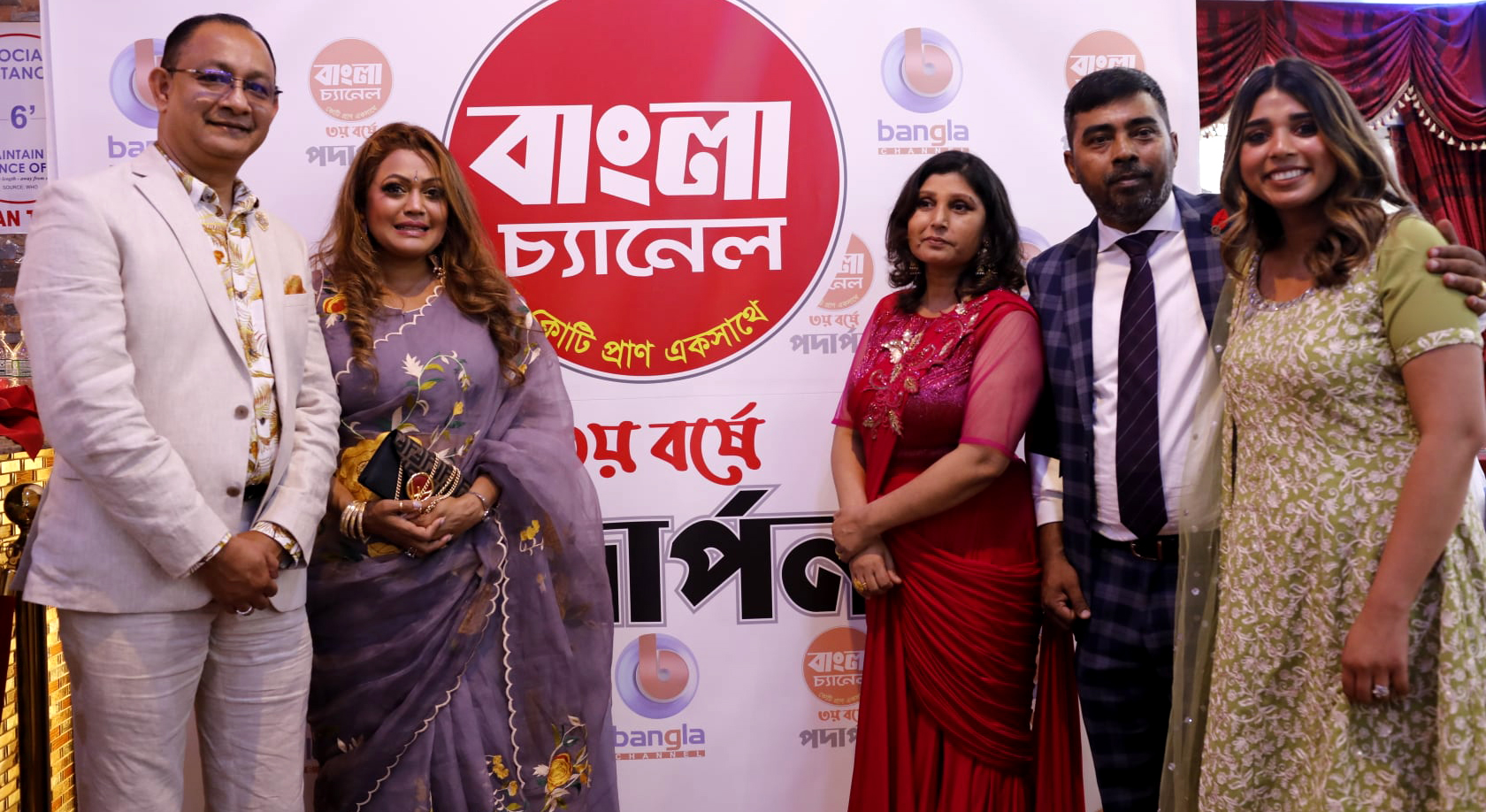 and spreading the country, mother tongue and one’s own culture are immense. Everyone should keep in mind that the new generation growing up in exile should not forget their own heritage. We expect Bangla Channel to play a responsible role in this regard. 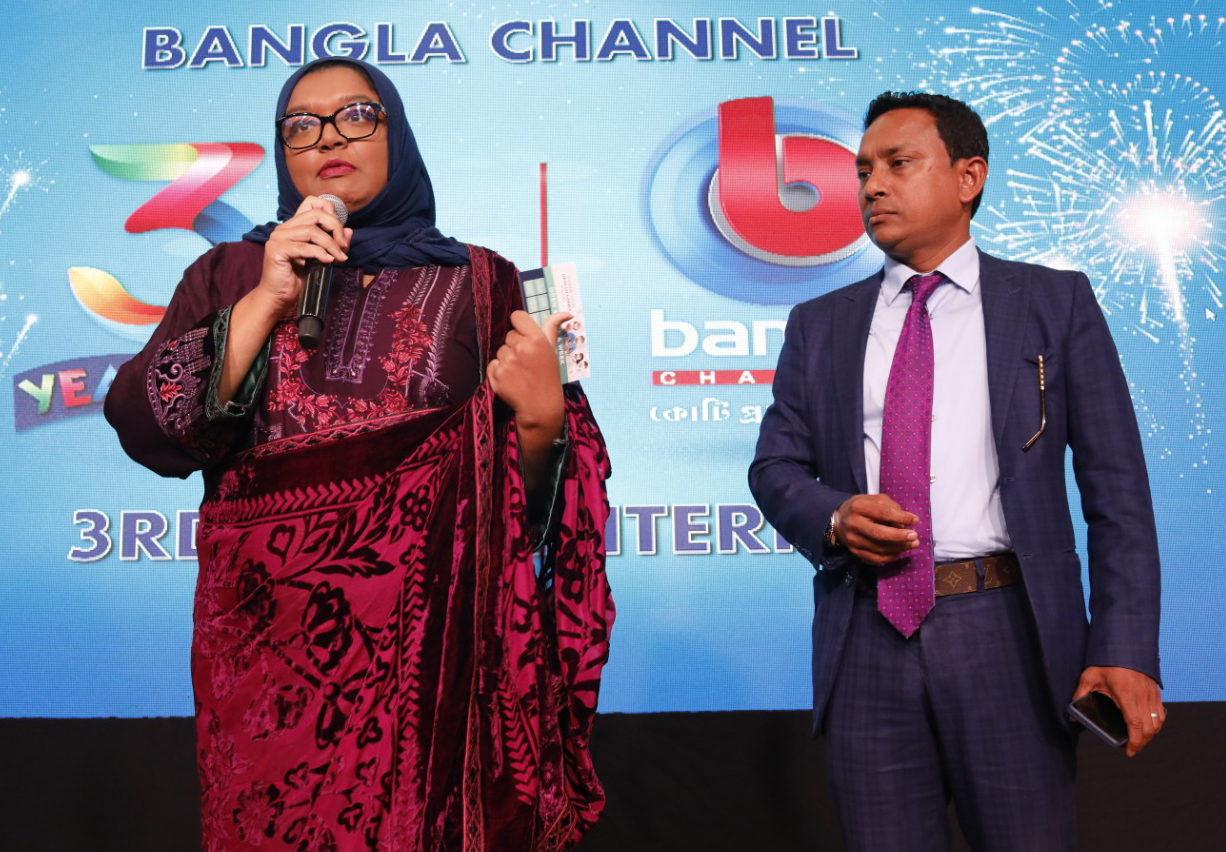 The program began with the national anthems of the United States and Bangladesh. A minute of silence was observed in memory of all the media workers who died in the coronavirus. Afterwards, BAPA’s artists inaugurated the event by performing a group dance. Morshed Khan Apu and Tapan Modak performed a duet of sitar and tabla in the cultural program. Accompanied by Kaberi Das on the harmonium, Srutikana Das played the violin. Sagnik Majumdar played Hawaiian guitar and Swadhin Majumdar recited a poem. In addition, child artist Alvina Rahman and Amina Islam performed patriotic songs.

At the end of the ceremony was the cake celebration. On the occasion of the third year 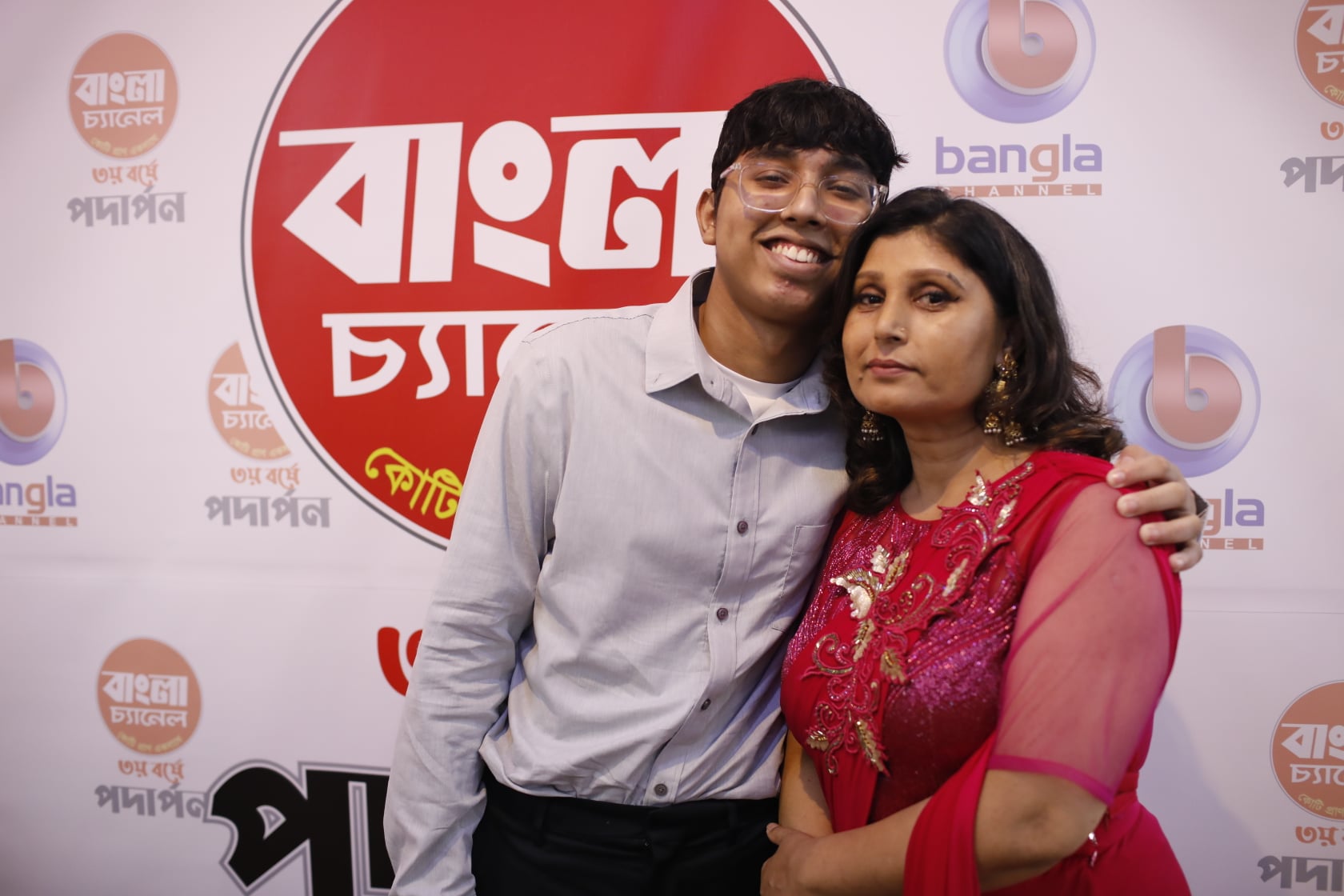 anniversary of Bangla Channel, the family of Shah J Chowdhury, the chairman and president of the tv channel, cut a cake with the children. The program was conducted by Ashraful Hasan Bulbul. Mohammad Hossain Dipu, Kanu Dutt, Mizanur Rahman, Sanjivan Sarkar, Gopal Sanal were in overall charge of the program.

On the occasion of the third year anniversary of Bangla Channel, a souvenir was released, named ‘Paschime Prachya’. Mubin Khan, Executive Editor of Ruposhi Bangla and Anuswar magazine, has provided overall support from Dhaka to make this event a success.