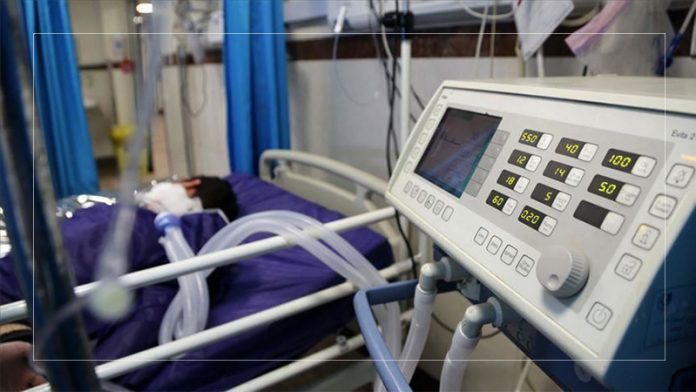 65-year-old who had recovered from COVID-19 died of the fungal infection; in total 3 cases detected।

Bangladesh on Tuesday officially confirmed the first death caused by black fungus — a deadly infection that has killed over 200 people in neighboring India.

The case has raised fear among public health professionals as the infection is known to strike COVID-19 patients even after they recovered from the virus, adding another uphill challenge to the ongoing pandemic.

Robed Amin, spokesman of the Directorate General of Health Services (DGHS), confirmed to Anadolu Agency that a 65-year-old patient was found to be infected by the fungus, medically known as Mucormycosis on Saturday.

“A total of three, including the one who expired, have so far been identified in Bangladesh as of Tuesday,” the official said, further adding: “We have called an emergency meeting of experts to prepare an official cautionary guidance for people.”

The patient died three days ago and later hospital authorities conducted medical examinations and found him infected with the black fungus, Delawar Hossain, head professor of respiratory medicine at the Birdem Hospital in Dhaka, told reporters on Tuesday.

The patient had recently recovered from COVID-19 and was subsequently undergoing treatment at a local hospital for old age complications, including diabetics and kidney problems.

Authorities did not disclose the identity of the patient. Hospital authorities have already contacted officials of the DGHS over the matter and treatment details.

Health experts say the fungus normally remains in the environment and attacks those who have weak immune systems.

Health Minister Zahid Maleque urged people on Tuesday at an event in Dhaka not to panic about black fungus, advising them to take precautionary measures.

“Older people should be more careful about the fungus. I have already instructed various pharmaceutical companies to make the kind of medicine needed for this fungus infection. If the number of patients increases unfortunately in the country, thus we can extend proper treatment.”

Nearly 10,000 people in India have already been infected with black fungus with over 200 deaths, while the country’s health authorities have warned that the rare fungal disease with a 50% mortality rate is linked to the global coronavirus pandemic.❐