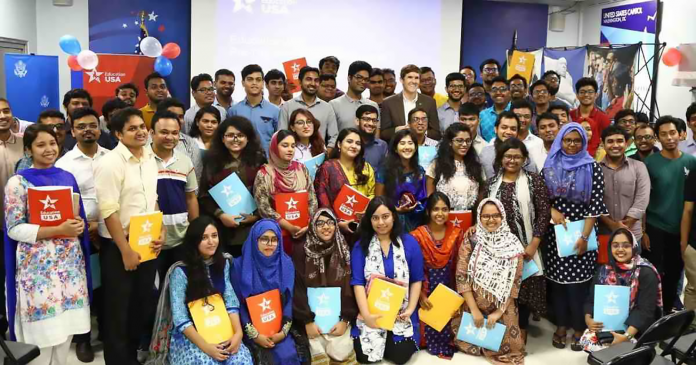 More than 8,800 Bangladeshi students chose to study in the United States during the 2019/2020 academic year, according to the 2020 Open Doors Report on International Educational Exchange.

International education exchanges benefit both our nations and peoples, boosting intellectual and cross-cultural capital as well as business and professional networks, and helping prepare students to enter the global job markets and solve the world’s toughest challenges.

Bangladesh is among the fastest growing countries of origin for international students in the United States, said the US Embassy.

It now ranks 17th in the world, up from 20the place last year, of countries sending students to the United States for higher education.

Bangladesh had the highest percentage growth among the top 20 countries, and the highest increase in the South Asian region.

More than 75% of Bangladeshi students currently on U.S. campuses study in STEM fields (Science, Technology, Engineering, and Mathematics). Of them, over 41 percent study Engineering, over 19 percent – Math/Computer Science, and over 15 percent – Physical or Life Sciences.

Nearly 1,300 Bangladeshi students (14% of all Bangladeshi students) during the 2019/2020 academic year participated in the Optional Practical Training (OPT) – on-the-job training in one’s field of study – as part of their studies in the United States.

For the fifth consecutive year, the United States hosted more than one million international students (1,075,496) during the 2019/2020 academic year.

Despite a slight decline (1.8%) in the number of international students in the United States during the 2019/2020 academic year, this group still represents 5.5% of all students in U.S. higher education.

The U.S. Embassy in Dhaka, through EducationUSA Bangladesh, is celebrating International Education Week (IEW) by offering a number of virtual programs for Bangladeshi students and scholars to join.

Over the next five days, our EdUSA advising centers in Bangladesh will host 10 webinars on various topics related to studying in the United States.