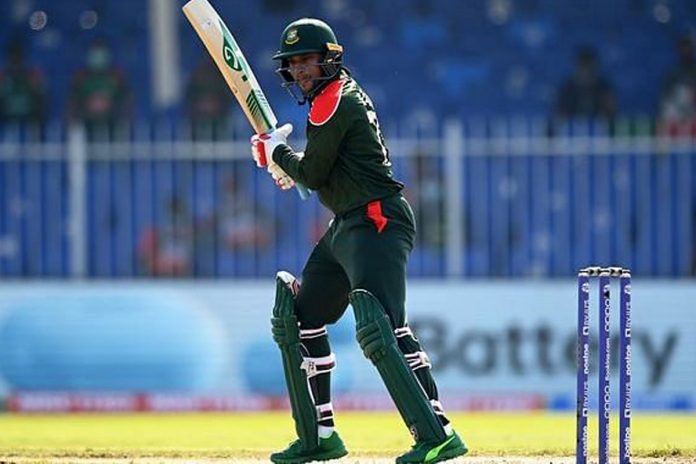 Ace all-rounder Shakib Al Hasan was on Sunday ruled out of Bangladesh’s remaining matches in the ongoing ICC Men’s Twenty20 World Cup because of a hamstring injury.

Shakib picked up the injury in his left leg during the game against West Indies on Friday and has not recovered sufficiently. And after a 48-hour observation period, the team medical staff decided to rule him out of the mega-event.

“Shakib sustained a left lower hamstring strain while fielding during the match against the West Indies,” ESPNcricinfo quoted doctor Debashis Chowdhury as saying.

“In a clinical examination, it was diagnosed as an injury of Grade 1 intensity. He is ruled out from participation in the last two matches of the tournament and until further review,” he added.

The all-rounder pulled up when chasing a ball in the fifth over of the match. He went off the field briefly at the time but returned to complete his four overs. He later opened the innings, for the first time in international cricket, in a bid to use his physical limitations during the Powerplay, but visibly limped while taking singles before being dismissed for 9.

Bangladesh, who have lost all three games thus far in the Super 12 phase, will not take a replacement for Shakib for the remainder of the competition. Their next match is against South Africa on November 2, and their last game is against Australia on November 4.

They are also scheduled to play three T20Is and two Tests against Pakistan shortly after the T20 World Cup.