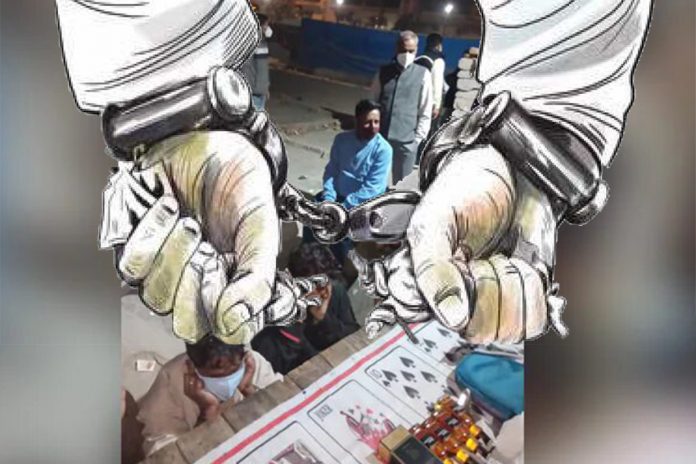 A BJP worker who is a member of the Surat Municipal School Board and eight others were arrested in the Mota Varachha area in Surat late on Sunday for alleged gambling activities, police said.

The member, Rajesh Bhikh-adia, a resident of Mangaldeep Society in Kapodara area, was former general secretary of party’s ward no. 4. Police also seized Rs 67,000 in cash from the spot.

Acting on a tip-off, personnel from Amroli police station raided a house at Vrindavan Society in Mota Varachha area where several bikes and cars were parked outside. Inside the house, police found that gambling activities were going on and arrested nine persons who were booked under Indian Penal Code sections 4 and 5.

The election to 12 seats of the Surat Municipal School Board was held on June 25. Three members were appointed by the government. Out of 11 elected members, 10 were from the BJP and one was from the Aam Aadmi Party (AAP). Bhikhadia contested as an independent candidate and got elected with BJP support.

Surat city BJP president Niranjan Janjmera refused to comment on the arrest, while Surat AAP president Mahendra Navadiya said, “We will demand his resignation as a municipal school board member. Earlier, a video of him being part of a liquor party had gone viral on social media and now he is arrested for gambling activities.”