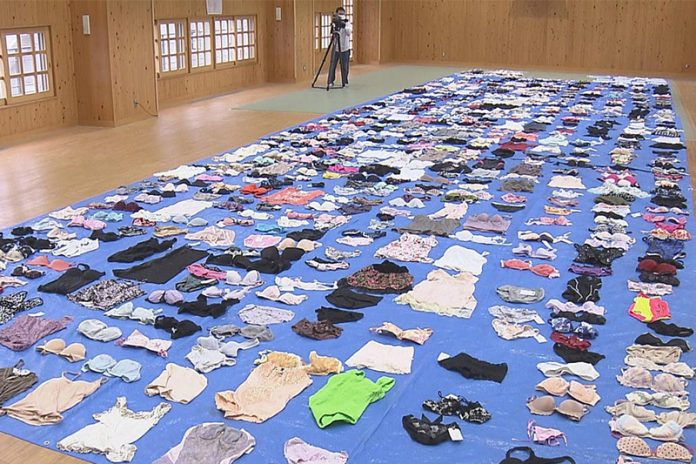 A man has been arrested in Japan for allegedly stealing as many as 700 pieces of women’s underwear from a launderette.

The 56-year-old accused, identified as Tetsuo Urata, was reportedly caught stealing six pairs of panties from a coin-operated laundry in the prefecture of Oita.

Following the arrest, the cops raided his home and found another 730 garments, local media reported.

Images shared online by the cops show the undergarments laid out on the floor. The cops said they ‘haven’t confiscated such a large number of panties in years.’

The incident has now gone viral on social media and netizens have found it difficult to get their heads around the man’s bizarre hobby.

A user wrote, “It used to be that you could steal a piece or two of clothing easily at coin laundries, but now they’re equipped with security cameras so stop it already.”

“Not only does it suck to have your stuff stolen, but then you have to spend money and buy more. What a jerk!” a second user commented.