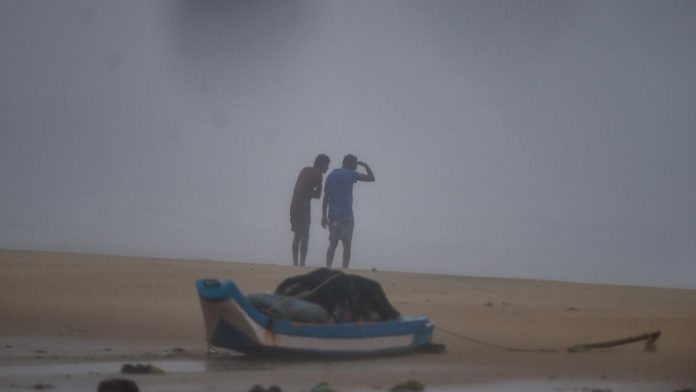 There is no sign of a major weather change or a disaster in Bangladesh as cyclone Niver is likely to make landfall on the Tamil Nadu coasts of India in the evening, according to a Bangladesh meteorologist.

“Cloudy weather is now hovering over some parts of the south region of Bangladesh, and light rainfall is likely to occur in coastal areas of the country,” Dr Abdul Mannan, meteorologist at the Bangladesh Meteorological Department (BMD), told The FE on Wednesday.

“Due to the influence of the cyclone, temperature has witnessed a slight rise over the last two days; however, it may fall slightly once cyclone Nivar makes landfall,” he said.

It is likely to intensify further and move in a west-northwesterly direction. The ridge of Sub-continental high extended up to Bihar and adjoining area, according to the forecast.

Predicting the country’s weather condition for 24 hours from 9:00am, the Met office said weather may remain mainly dry with partly cloudy sky over the country,

Cyclone Niver has been named, as was suggested by Iran in line with the list prepared by the World Meteorological Organisation’s panel.❐