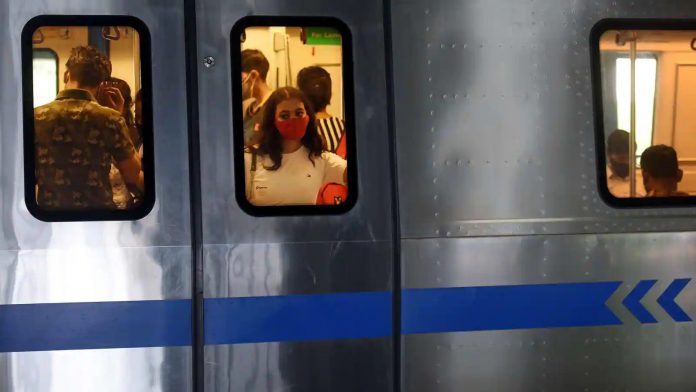 New Delhi: Metro services between Akshardham and Mayur Vihar Phase-1 metro stations on Blue Line were affected on Thursday due to the theft of a signalling cable, the DMRC said.

According to sources, there has been a theft of a portion of the cable and that has slowed the movement of trains between the two stations. There have not been any recent instances of cable thefts but such instances usually happen near elevated stations.

“Delay in services between Akshardham and Mayur Vihar Phase-1. Normal service on all other lines,” the Delhi Metro Rail Corporation (DMRC) said in a tweet.

The Blue Line connects Vaishali and Noida with Dwarka.