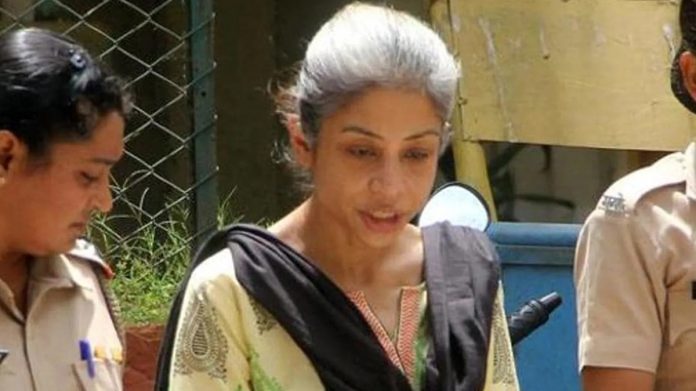 Mumbai: Former media executive Indrani Mukerjea, arrested for the murder of daughter Sheena Bora, could not be released from jail today as the paperwork could not be completed on time. She will now be released tomorrow, after the process of filing a cash bond for ₹ 2 lakh, which the court had ordered, gets completed.

The Supreme Court had granted bail to Indrani Mukherjea on Wednesday, pointing out that trial will be long drawn as 200 more witnesses are yet to be examined in the case. Six-and-half years in jail is a long time, the court said.

Indrani Mukherjee was arrested in August 2015 on charges of killing her daughter Sheena Bora. Her claim that Sheena Bora is alive has been rubbished by the Central Bureau of Investigation, which probed the case.

The murder of 24-year-old Sheena Bora took place in April 2012, the police said her body was disposed off in Raigad, adjacent to Mumbai. Indrani Mukerjea’s husband, former media tycoon Peter Mukerjea is also allegedly involved in the murder and is currently out on bail.

Sheena Bora was the unacknowledged daughter of Ms Mukerjea, who was introduced in public as her sister. She was also engaged to Rahul Mukerjea, Peter Mukerjea’s son from an earlier marriage — a relationship that her mother disapproved of strongly.

The murder remained undiscovered for three years, during which time, Ms Mukerjea allegedly told friends and family that Ms Bora had left for the US.

In August 2015, Sheena Bora’s remains were found in a forest near Raigad, around 80 km from Mumbai. According to the CBI, Indrani Mukerjea’s former husband Sanjeev Khanna and driver Shyam Rai were her accomplices in the crime.