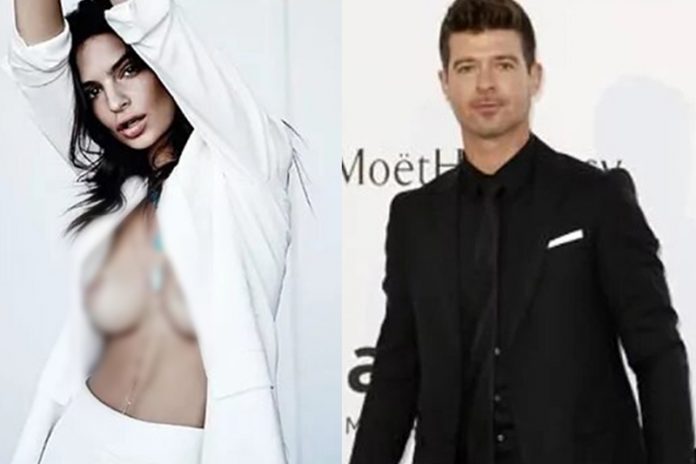 The model Emily Ratajkowski has accused Robin Thicke of sexually assaulting her in her new book ‘My Body’.

The accusation is related to the filming of Thicke and Pharrel Williams’ music video for the track ‘Blurred Lines’, in which Ratajkowski appears.

The 30-year-old spoke of how she didn’t know how to react when Thicke approached her from behind and groped her.

“I pushed my chin forward and shrugged, avoiding eye contact, feeling the heat of humiliation pump through my body,” she wrote.

“I didn’t react – not really, not like I should have.”

Ratajkowski says that the singer approached her on set and touched her bare breasts.

“Suddenly, out of nowhere, I felt the coolness and foreignness of a stranger’s hands cupping my bare breasts from behind,” she said.

“I instinctively moved away, looking back at Robin Thicke.”

Diane Martel, who directed the video, also spoke about what happened.

“I remember the moment that he grabbed her breasts,” she told the Sunday Times.

“One in each hand. He was standing behind her as they were both in profile. I screamed in my very aggressive Brooklyn voice: ‘What the f**k are you doing, that’s it!! The shoot is over!!'”

This isn’t the first time Ratajkowski has had to speak out about incidents like this, having previously accused photographer Jonathan Leder of something similar in September 2020 in an interview with New York Magazine.