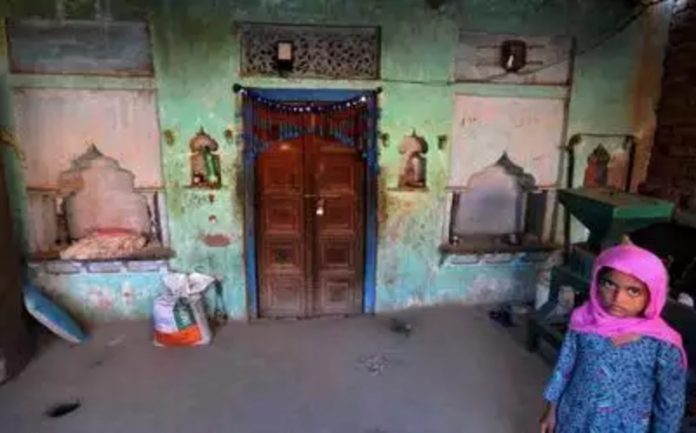 Four sisters were found dead in Nuh’s Piproli village, Haryana on Friday morning. The girls were found dead by murder. Their throats were slit and they bled to death. The prime suspect behind the gory murder is their mother.

The mother is currently admitted in a hospital after she slit her throat with the same knife used for killing the girls. The brutal murder of the four girls took place in a single-room house, in a very crowded neighbourhood.

The prime suspect, Farmina, lived with her husband Khurshid Ahmed, whom she married in 2012. Prior to that, she was married to another man and had a daughter with him.

Farmina’s daughters were Muskan (7), Miskina (5), Alsifa (3), and an eight-month-old baby, who was yet to be named. The neighbours of the family said that the family always seemed to lead a ‘happy and normal’ life.

On Friday, villagers gathered to mourn the death of a family in a road accident. Khurshid, husband of Farmina also went there. When he returned, he saw the room locked from inside. He had knocked repeatedly, however, no one opened the door. He saw through the ventilation window that his wife was trying to slit her throat.

Khurshid raised the alarm, and the neighbours rushed to the spot. The five of them were taken to the Sahid Hassan Khan Medical college. The four girls were declared brought dead, and Farmina’s condition was critical.

The police are investigating the case. Khurshid filed a complaint against Farmina, under which a case has been registered against her under section 302 of Indian Penal Code (IPC) at Punhana police station.❐