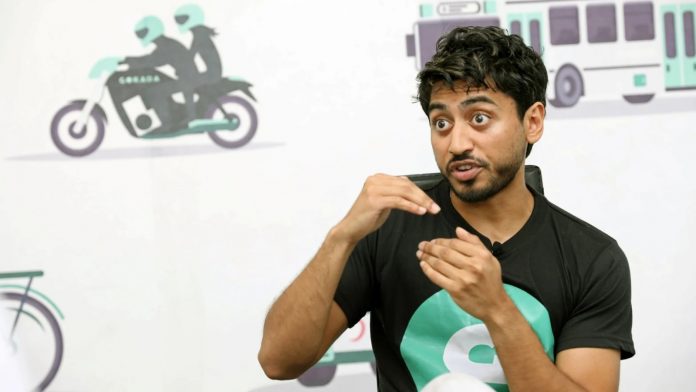 In a video last year, Pathao Co-Founder Fahim Saleh said he launched his first “business” when he was in 5th grade.

Fahim and his young friend would sell candy they bought in bulk at the local dollar store on their school playground in upstate New York. However, the school principal shut down their operation after three weeks after they started the business, but they had already raked in $150 by that time.

In his entrepreneurial career of more than 20 years, he saw success in several tech start-ups including ride-sharing venture Pathao in Bangladesh. Fahim was also the chief executive and co-founder of Gokada, a motorcycle ride-sharing service that operated in Nigeria.

Fahim used to believe in ideas that can change lives in the developing world, said Hussain Elius, CEO of Pathao.

“In our country, people usually go abroad with or for fortune. He, on the other hand, looked back to the origin to contribute,” added Elius, who also had worked together with Saleh in computer firm Hack House Dhaka in the mid-2010s.

Here are some steps Fahim took as an entrepreneur-

Fahim’s first website was Salehfamily.com, hosted on AOL Hometown. When his parents threw family parties, his father would ask relatives to visit the website, bringing the total monthly visits to approximately five people.

At the age of 15, Fahim began experimenting with programming and built teen-hangout.com, a too-early-for-its-time social network. After he asked all his friends to publish articles, it became a community-oriented blogging forum. Through a lot of site trial and error, he started making $2-$3 a month.

By high school, Fahim was generating $100k-$150k in profit from websites that catered to a young demographic, such as AIMdude.com, iconfun.com, msndollz.com, icondude.com, and more.

He also created a food delivery app on Facebook that catered to hungry college students. He founded a social networking blog in high school – only his friends used it. His limitless imagination often prompted comparisons to the great inventors and innovators.

After graduating in 2009, he was not able to land a job he cared for, Fahim was motivated to create something of his own. What better way to mesh his mischievous nature with his tech knowledge, than by automating the prank calling service? PrankDial was the result of Fahim’s innate ability to manipulate in-person social experiences into fun and interactive activities online.

Fahim began frequent visits to Bangladesh in 2015. Pathao received the earliest stage investment from him and proved the worth. Later in 2017, he withdrew the core angel investment from Pathao to pass the baton to the next level international investors.

Not only in Pathao, Saleh and his New York-based venture capital and private equity firm Adventure Capital has helped to build two other segment champion start-ups — Jatri and Jobike — in Bangladesh and the investments are still here to grow the firms. He also has some IT ventures in Bangladesh like gaming studio Alpha Potato.

So, many of his friends used to call Fahim Saleh as the “Elon Musk of the developing world.” They also compared him to the Energizer Bunny, the battery-hawking rabbit that never runs out of juice.

But the 33-year-old entrepreneur’s life was cut short on July 15 as he was found dismembered at his New York City apartment. The young man, who wanted to move the people stuck forever and ever around the globe so that they can get together faster, ended up cold and still, his body decapitated and dismembered, with an electric saw still buzzing.