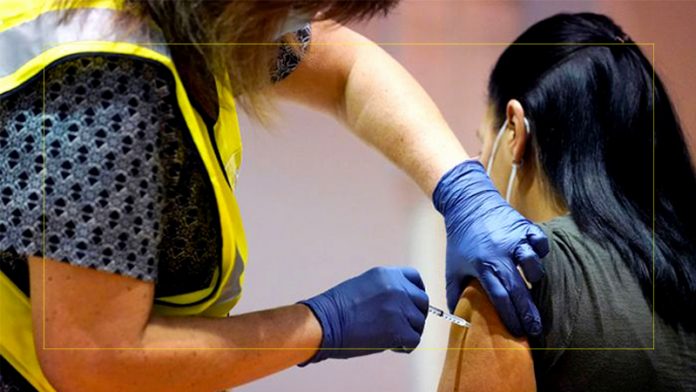 By Charlotte Klein, New York Magazine: New York’s distribution of the COVID-19 vaccine is critically behind, with more than half of the shots received by hospitals statewide sitting unused as of Monday, according to Governor Andrew Cuomo.

At New York City’s current pace, the vaccine would take more than four years to reach all of its residents, the New York Times reports: As of Tuesday morning, only 118,000 people had been vaccinated in the city, roughly a quarter of the total number of doses it received.

This lag comes at a particularly urgent time in the vaccination effort, as hospitalizations and cases are rising statewide, even before the expected holiday-induced increase, and a new, more contagious COVID-19 variant was recently detected in New York State.

Vaccination in New York City is basically only occurring during regular business hours. Very little on weekends. Almost none on holidays.

We are in a war-like situation. We need to be vaccinating TWENTY FOUR-SEVEN. We are losing precious time. pic.twitter.com/BpOpCRHVby

The slower-than-expected rollout is due to a host of problems at the city and state levels, including restrictions on who is eligible to receive the initial doses and the logistical challenges facing hospital systems, many of which are already inundated with COVID patients. Cuomo claims the slowness is a supply issue — so far, New York State has received only 900,000 vaccines, half of what will be necessary to vaccinate its 2.1 million healthcare workers, from the federal government — as well as a function of individual hospitals.

During a Monday press conference, Cuomo said that while some of the 194 public and private hospitals have administered all of their allocated doses, others have administered as little as 15 percent. He has called on hospitals to ramp up the pace of inoculations and threatened penalties if they fail to do so, warning that hospitals that fail to administer doses within a week of receiving them could face up to $100,000 in fines and be cut off from future vaccine shipments.

While Cuomo has criticized hospital management and asked such officials to take “personal responsibility” for their inefficiency, Mayor Bill de Blasio has urged “the state” — without directly calling out Cuomo — to change its approach and allow the city to vaccinate a wider range of essential workers and people 75 and older, per the Times.

That issue began to be addressed on Monday, when Cuomo allowed a larger group of health-care and frontline workers to receive the vaccine, including paramedics and dentists. Also on Monday, de Blasio put forth a plan to double the number of locations offering the vaccine to 250 by the end of the month. Two opened on Tuesday — the same day de Blasio said the city plans, in the coming weeks, to open five sites that would offer the vaccine 24/7, with the goal of administering 100,000 shots per week.

The city’s initial pop-up clinics, as well as the approval of broader categories of front-line workers for vaccination, will help address some challenges of the inoculation process. But it will also introduce new hurdles, such as scheduling appointments for the newly eligible individuals — up to a million people, the Times reports. This week, the pop-up sites, located in East Harlem and Lower Manhattan, are currently offering appointments only between 8 a.m. and 7 p.m., Tuesday through Saturday, and those slots reportedly filled within hours of their opening Monday.

For private doctors, where to go to get the vaccine remains a source of confusion: One doctor told the Times Monday that her office had “received several hundred emails and telephone calls from these physicians asking where they and their staff should go to be immunized.”❐