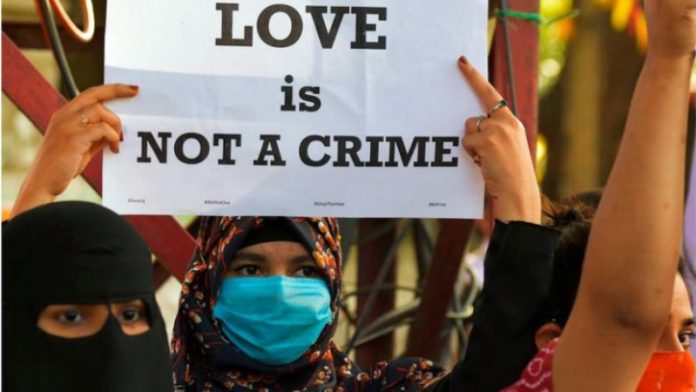 Police in India’s Uttar Pradesh state have arrested a Muslim man for allegedly trying to convert a Hindu woman to Islam.

He’s the first to be arrested under a new anti-conversion law that targets “love jihad” – a term radical Hindu groups use to accuse Muslim men of converting Hindu women by marriage.

The law has prompted outrage, with critics calling it Islamophobic.

At least four other Indian states are drafting laws against “love jihad”.

Police in Uttar Pradesh’s Bareilly district confirmed the arrest on Twitter on Wednesday.

The woman’s father told BBC Hindi that he filed a complaint because the man “put pressure” on his daughter to convert and threatened her if she didn’t. The woman was allegedly in a relationship with the man but got married to someone else earlier this year.

Police told BBC Hindi that the woman’s family had filed a kidnapping case against the accused a year ago but the case was closed after she was found and denied the charge.

After his arrest on Wednesday, the man was sent to 14 days of judicial custody. He told reporters that he was innocent and had “no link with the woman”.

The new law carries a jail term of up to 10 years and offences under it are non-bailable.❐