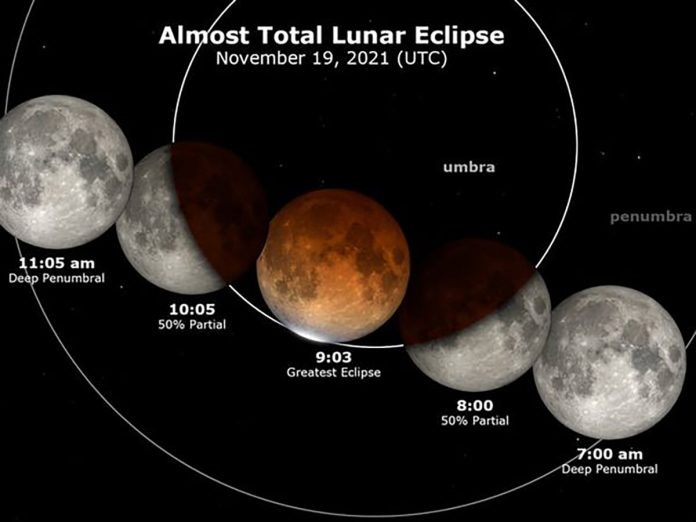 If you live in India and wish to witness an event that last took place in the 15th century and will not happen again till the year 2669 AD, you must travel to the Northeast as the rest of the country will miss it just by a whisker.

This is a partial lunar eclipse but since 97 per cent is more towards the total, this lunar eclipse of 18/19 November is an event to watch. But alas, if you live in any other part of India, except the Northeast, you are just going to miss it by a narrow margin.

The last time such a long partial eclipse happened was on 18 February 1440. The last time such a long lunar eclipse happened, the Mughal emperor was not yet born (he was born in the Timurid dynasty in Uzbekistan on 14 February 1483), the Portuguese had not yet colonised Goa (Vasco da Gama landed at Kappad beach in Kozhikode in Kerala in 1498), and Rana Kumbha of Mewar and Rao Ranmal Rathore of Marwar defeated and take prisoner Mahmud Khalji, Sultan of the Malwa Sultanate in the Battle of Sarangpur in the year 1438. Saint Kabir was born in the year 1440.

So, that should give you a perspective of how rare this event is.