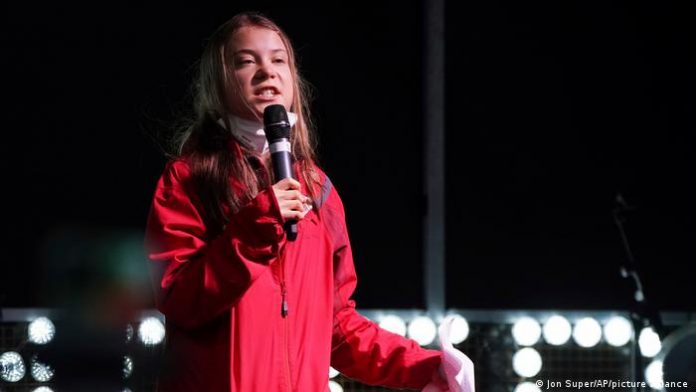 “It is not a secret that COP26 is a failure. It should be obvious that we cannot solve the crisis with the same methods that got us into it in the first place,” Thunberg said.

“The COP has turned into a PR event, where leaders are giving beautiful speeches and announcing fancy commitments and targets, while behind the curtains governments of the Global North countries are still refusing to take any drastic climate action.”

She was speaking on stage shortly after a strike organized by “Fridays For Future” saw thousands march 1.6 miles from Kelvingrove Park to George Park in Glasgow’s city center — less than 2 miles from where the COP26 event is being held.

The U.K. is presiding over COP26 through to Nov. 12, a major climate event regarded as one of the most important diplomatic meetings in history.