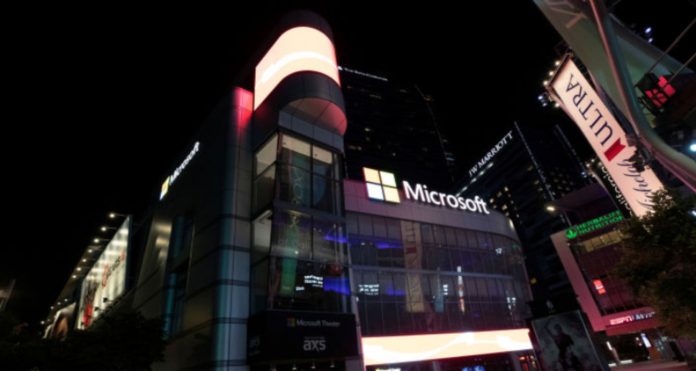 The Trump administration is reportedly considering an order that would force Chinese company ByteDance to divest its ownership of popular app TikTok in the U.S. Fox Business Network’s Charles Gasparino reports that U.S. companies are in talks to buy TikTok, with Microsoft’s name in the mix.

According to a report from Bloomberg, the Trump administration could hand down its order “as soon as Friday.”

In a follow-up tweet, Gasparino elaborated that Microsoft “is probably the only big US tech co that can do the deal since the others are probably prohibited from getting bigger by regulators,” according to “bankers with knowledge of the matter.”

The order would come after concerns from U.S. lawmakers about the ability for the Chinese government to use TikTok to obtain data on American citizens. TikTok is owned by ByteDance following its merger with Musical.ly in 2017. As Bloomberg notes, President Trump has mulled banning TikTok in retaliation for China’s handling of the coronavirus outbreak.

There’s no word on when a sale may emerge. However, we could learn more as soon as today. As always, it’s also worth taking rumors like these with an appropriately large grain of salt.❑