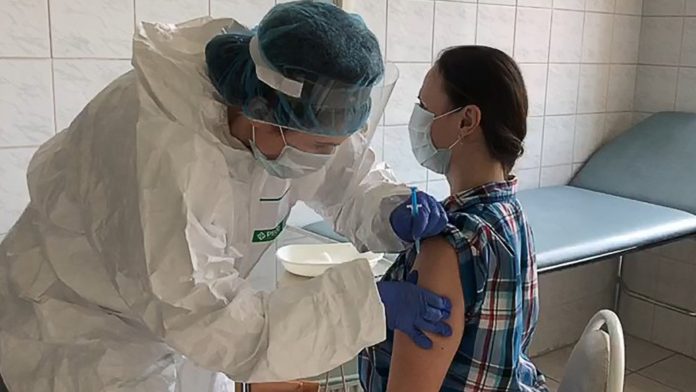 MOSCOW: Russia plans to start mass vaccinations against Covid-19 in October, with health workers and teachers first in line to get the inoculation against the disease, the country’s Health Minister says.

A drug developed by Moscow’s Gamaleya Institute and the Russian Direct Investment Fund has completed clinical trials and the authorities are preparing to register it with regulators, Mikhail Murashko said was quoted as saying by the state-run Tass news service.

The Gamaleya vaccine was expected to get conditional registration in August, meaning trials will still need to be conducted on 1600 more people, Deputy Prime Minister Tatyana Golikova said.

Production should begin in September, she said.

While the vaccine has been touted by its developers as safe and potentially the first to reach the public, the data hasn’t been published and the speed at which Russia is moving has raised questions in other countries.

Gamaleya is scheduled to begin Phase 3 trials next week in Russia, Saudi Arabia and the United Arab Emirates.

Russia has almost 850,000 confirmed cases of Covid-19, the fourth-most in the world.

British, US and Candian security agencies in July said Russian hackers had tried to get access to Covid-19 vaccine programmes in their countries.

The allegations have been rejected by Russia.

There are more than 150 coronavirus vaccine candidates worldwide, with some now fairly advanced in the test process.❑