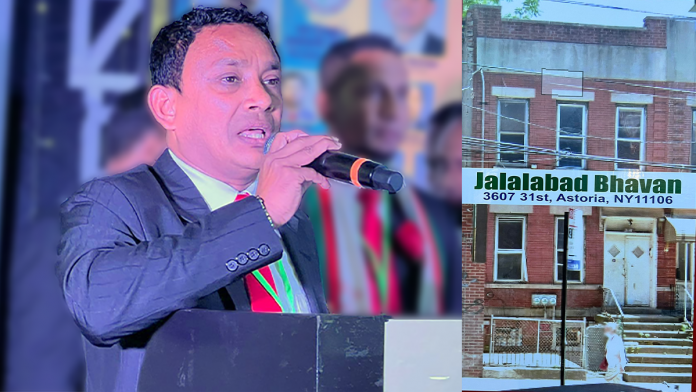 Following the swearing-in and inauguration event for the new committee on August 29, newly elected general secretary Moinul Islam informed Ruposhi Bangla of this.

The new building that Jalalabad Association of America Inc. has acquired is located at 31st Street, Astoria 3607, New York 11106.

As a candidate, Moinul Islam stated in a May 22 private interview with Ruposhi Bangla that if the Badrul-Moinul Parishad is elected, the Jalalabad Association will have its own building. He fulfilled his promise after being elected.