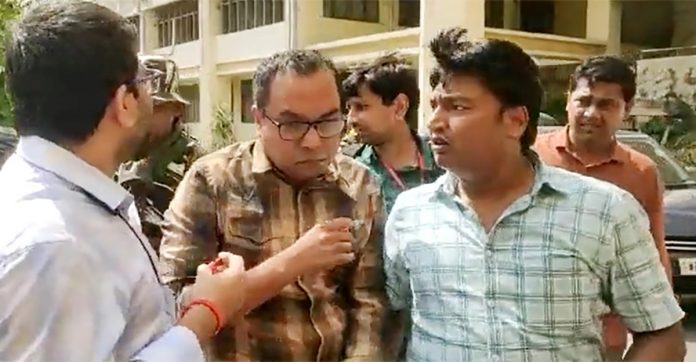 Proshanta Kumar Halder or PK Halder, a fugitive Bangladeshi accused of embezzlement and money laundering, was arrested in India on Saturday.
According to media reports, he was arrested at Ashoke Nagar in Kolkata.

An official at the Anti-Corruption Commission also confirmed the news, says bdnews24.com.

Halder is a former managing director of the International Leasing and Financial Services Limited or ILFSL and NRB Global Bank. He is accused of embezzling funds and purchasing large shares while taking control of four financial institutions, in which he placed his close associates in positions of power.

The ACC has so far prosecuted PK Halder and a number of his associates in 34 cases on charges of embezzlement of billions of taka and money laundering.

The investigators have charged them in court in one of the cases and three more charge sheets are awaiting the ACC’s approval.

As many as 13 of the accused have been arrested and grilled in custody while 11 of them have given statements confessing to their parts of the crimes. Court has slapped an overseas travel ban on 64 people in connection with the cases.

It also ordered a freeze on bank accounts of 83 associates of PK Halder and their immovable assets worth around Tk 10 billion.

Earlier on Friday, India’s Directorate of Enforcement (ED) raided more than 10 locations in North and South 24 Parganas of West Bengal in India to nab PK Halder and his two associates.

Bangladesh is an important country: US President