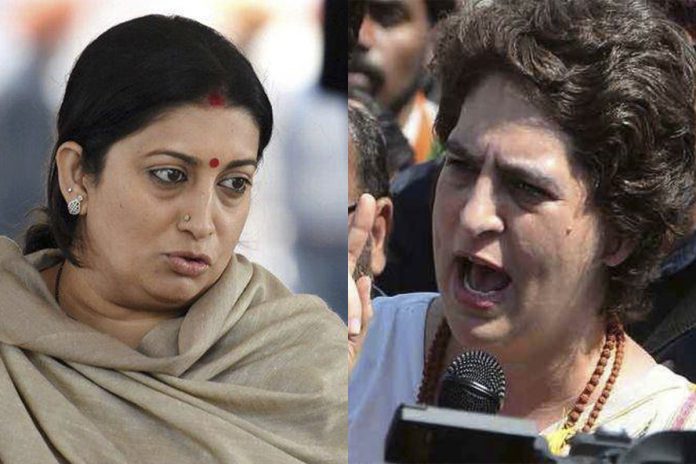 New Delhi: Congress general secretary Priyanka Gandhi on Wednesday launched a scathing attack against Union Minister and BJP leader Smriti Irani over her ‘ghar par ladka hai’ remark on Rahul Gandhi, saying that the minister should not have made such statements being a woman herself.

“Smriti Irani’s comment on Rahul Gandhi that ‘ghar par ladka hai par lad nahin sakta’ (There is a boy at home who cannot fight) is wrong. Being a woman, such a statement is incorrect. Instead, she should encourage women by saying that they should fight for themselves,” Priyanka Gandhi Vadra said, according to a India Today report.

“In UP, the election would be fought on the issue of development and we expect that there will be policy and development-led discussions, strengthening the democracy,” Irani said, countering the Congress slogan for the upcoming Uttar Pradesh assembly elections.

Referring to the “Ladki hoon…” slogan, tossed by Priyanka Gandhi during her announcement last month that the Congress will field woman candidates on 40 per cent of the UP assembly seats, Ms Irani said it means “Ghar par ladka hai par lad nahin sakta”.