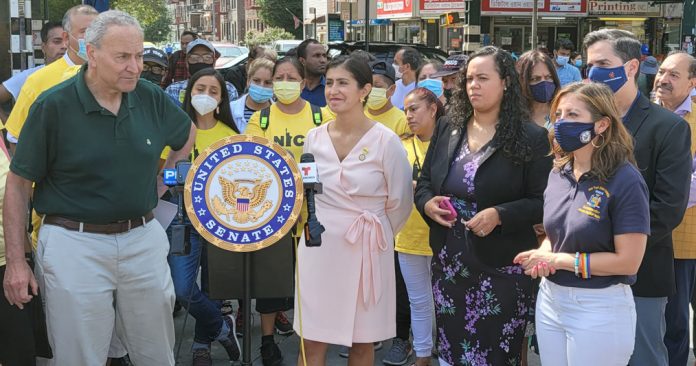 Thousands of New Yorkers who previously couldn’t access the roughly $2 billion New York State Excluded Workers Fund without an Individual Taxpayer Identification Number (ITIN) because of IRS backlog will now have their chance to do so, U.S. Senator Chuck Schumer 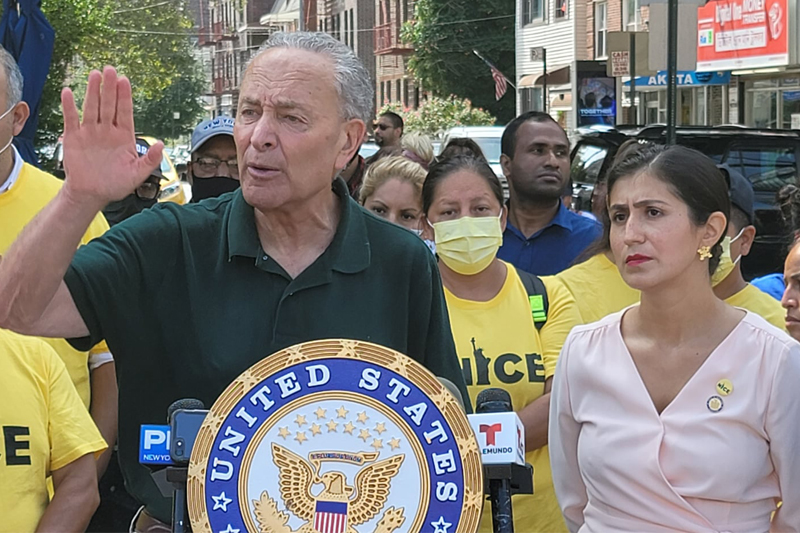 To qualify for the Excluded Workers Fund (EWF), workers had to obtain an ITIN from the IRS. However, because of backlogs, limited capacity and pandemic-related closures at the IRS, thousands of eligible New Yorkers would have had to wait for a year to receive their ITIN — delaying payments of a maximum of $15,600 from the fund.

“This morning, we are announcing that the IRS has found a new way so that these workers can get their money immediately and not have to wait for an ITIN for a whole year,” the Senate majority leader said at a press conference at Diversity Plaza in Jackson Heights, alongside local lawmakers and community activists.

Now, proof of a pending ITIN and a stamped W-7 form will be enough, in order to help 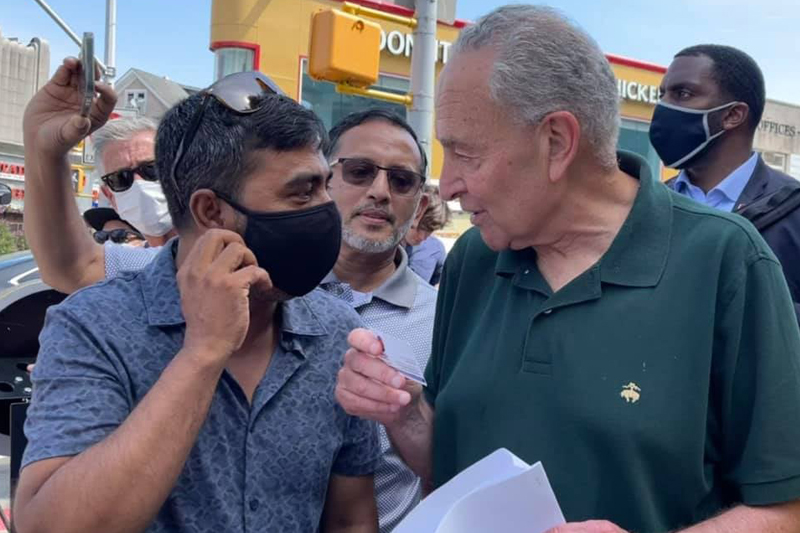 address the problem of the nationwide backlog. The IRS will set up seven centers where eligible New Yorkers can present their pending application, and the minute workers apply, they will receive their money, according to lawmakers.

“There are seven offices around the city that you go to. They’re not going to ask you for anything but your application. They stamp it, and you’re done,” Schumer said, adding that the city should set up even more centers.

He pointed out that one-third of frontline workers, who saved New York City during the height of the COVID-19 pandemic, were immigrants. 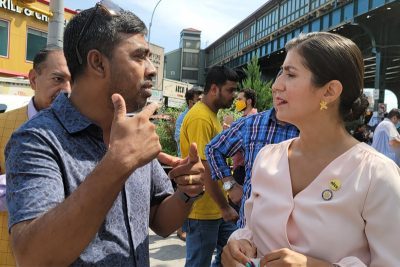 “Here, we saw immigrants rushing to risk their lives to help New York,” Schumer said. “The least we can do is make sure they get the help they need for all the financial sacrifices that they went under, and that’s what we’re here to do today.”

Ramos stressed that this step taken by the IRS would bring much-needed economic relief to thousands of undocumented workers in New York City, calling it a “huge economic boom for small businesses and our community.” 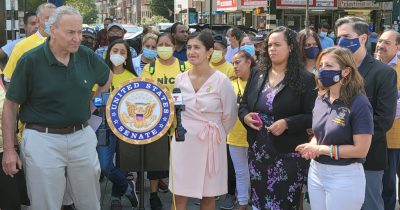 She also called on the mayor’s office to make more appointments available for the IDNYC cards.

“We need our neighbors to be able to renew and apply for new IDNYC cards, which also helps with the excluded workers program,” Ramos said.

Ramos also called on the general consulates to make it easier for immigrants to obtain important documentation like birth certificates.

“We need cooperation from the consulates for when our neighbors need copies of their birth certificates, of their marriage certificates, of any other documentation that helps them apply,” Ramos said. “We ask the general consulates to please cooperate and be able to facilitate these documents as soon as possible.”

De La Rosa stressed that the maximum of $15,600 in relief fund was “a drop in the bucket”

and should not be considered a wage replacement.

“This is emergency aid,” De La Rosa said. “But it is a welcome drop in the bucket because after a year and a half of zero for many of these families, this money will mean the difference between a child having access to a computer or internet service when school starts.”

González-Rojas was grateful that the fund was now accessible for those who don’t have papers and can apply for the W-7. 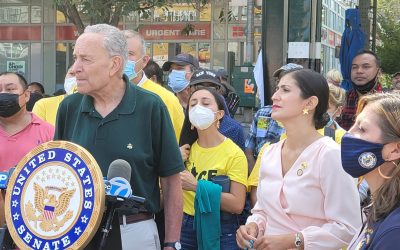 Castro thanked Senator Schumer for “being our champion for making sure that the federal government … is coming through for our communities, and making it easier for those workers who need it the most to actually access this fund.”