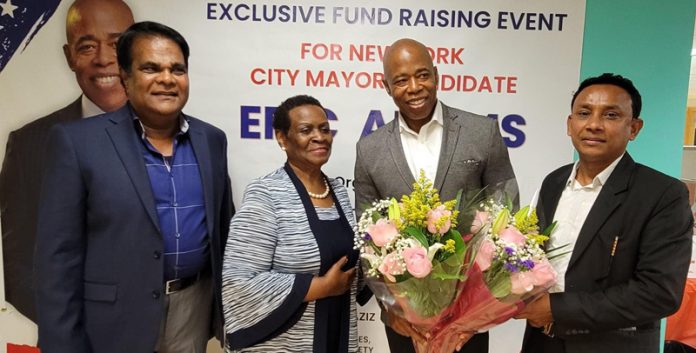 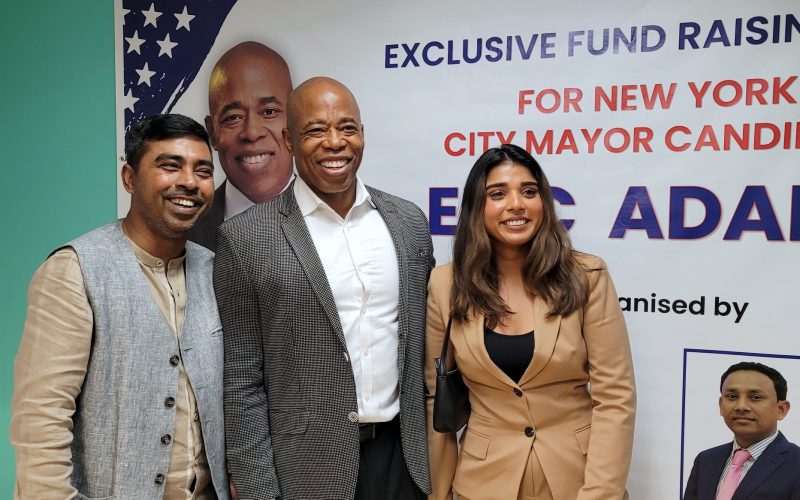 Eric Adams said, ‘I expect the cooperation and vote of everyone, including Bangladeshis in the election. If I win, I will ensure equal rights for all religions, castes and tribes in New York City.’

The event was held on the afternoon of August 27 at a construction office in Stanway. Organizer Mr. M Aziz raised the demand for Senior Citizen Center and Day Care Center for Bangladeshis. Eric Adams pledged his full support.

The fundraising event was organized by the former President and Chairman of the Board of Trustees of Bangladesh Society, eminent businessman, Mr. M Aziz and eminent real estate businessman Mr. Moinul Islam. 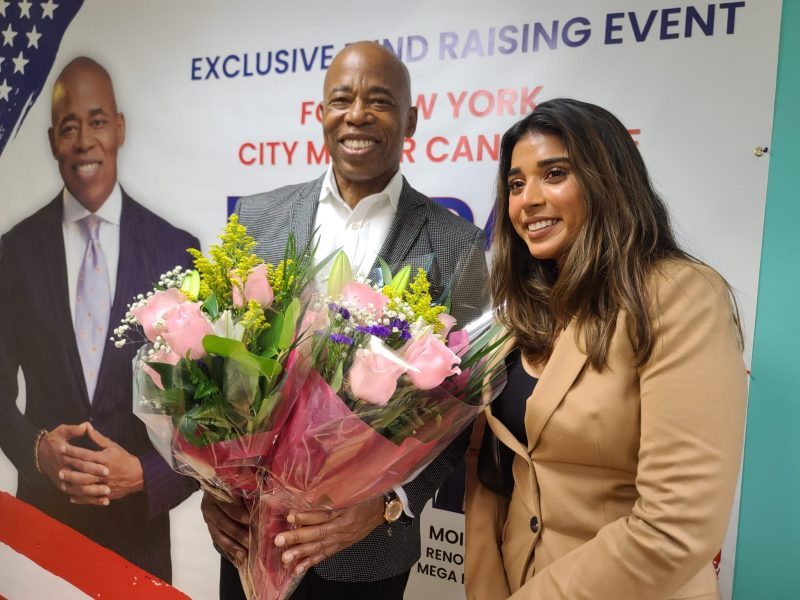 Mayoral candidate Eric Adams said New York City immigrants are much better off as human beings. They have come to America to fulfill their dreams. Came to make children better people. But in the current situation, fulfilling their dreams is becoming difficult.

‘We have spent 11 million in the qualifying round, and we need about 7.2 million for the

November 2 election. This is why we are raising funds. If I am elected, I will ensure equal rights for all,’ Adams said.

In his speech, M Aziz spoke about his hard life, struggles and fulfillment of his dreams. ‘When I came to America in the 80’s, I couldn’t find Bengalis, now there are many Bengalis,’ he said. But our community is being deprived of rights in many ways. Hopefully you will fulfill those rights. One of them is the Senior Citizen Center and Day Care Center. He said the Bangladeshi community is with Adams and will continue to be in the future.

Faisal Aziz said in his speech that the future mayor of New York City Eric Adams is sitting in front of us. He said, ‘I have taken the helm of my father’s business by studying here and I am by the side of the Bangladeshi community just like my father.’ In the past, the Bangladeshi community has not received any cooperation from the city. Hope all our rights will be guaranteed if you are elected. On the occasion, Moinul Islam, Farhim Aziz and Fauzia J Chowdhury greeted Eric Adams with flowers.