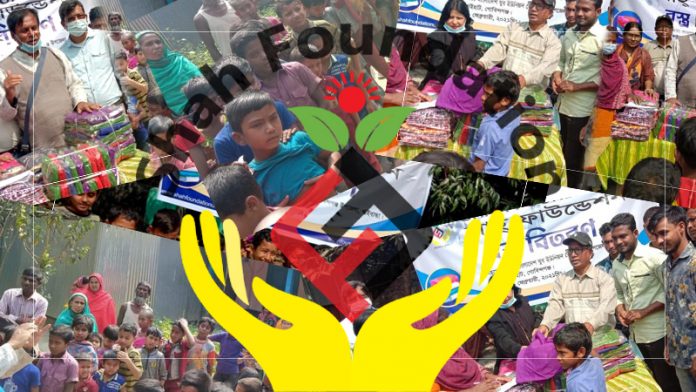 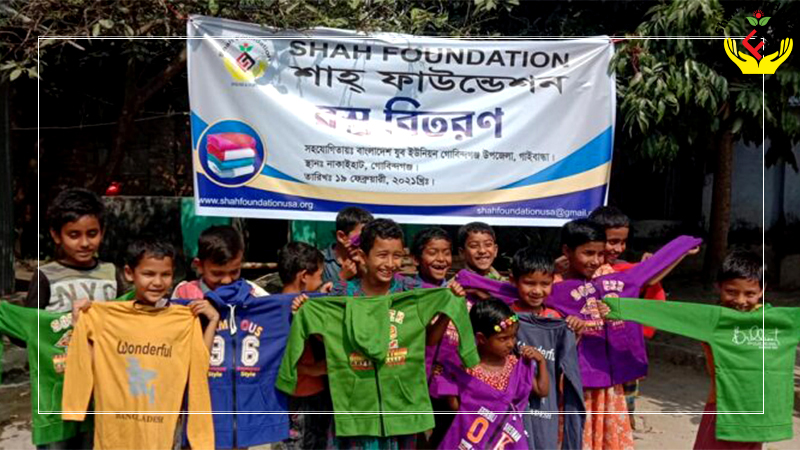 The event was held on February 19 in collaboration with the local youth union Gobindaganj branch. The founder and president of Shah Foundation, Shah J Chowdhury said that their ongoing program of distributing winter clothes ended with this Nakaihat event. 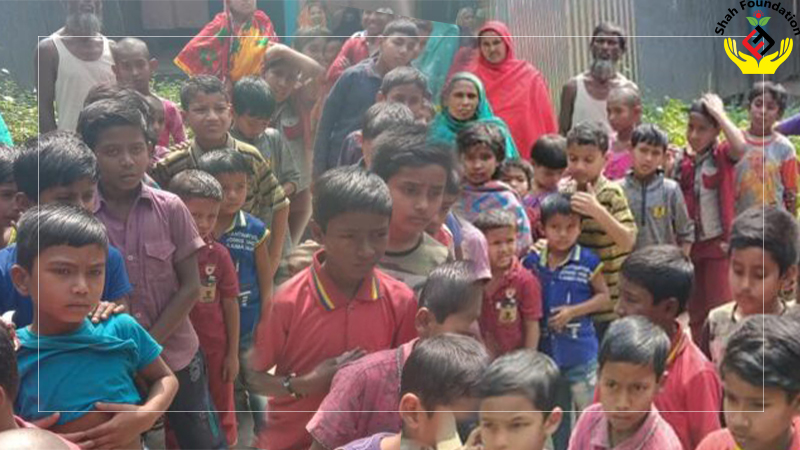 winter clothes to the children in Nakaihat village on behalf of Shah Foundation.

President of the district branch of the environment movement and sports organizer Wajiur Rahman Raffel was in charge of overall management and coordination. Leaders of Gobindaganj upazila were present on the occasion. The organizers sincerely thanked Shah Foundation for providing winter clothes to helpless and poor children in Gaibandha.

The guests hoped that the Shah Foundation would continue such programs in the future as well. Shah J Chowdhury said that they’ve distributed winter clothes among 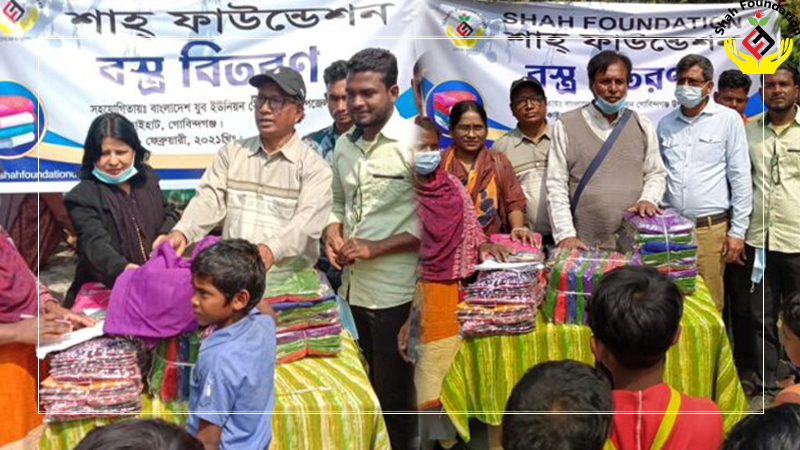 Later, on February 1, the second day of distribution of winter clothes event, they’ve donated aid for the mentally handicapped in Gaibandha, on the third day of the event February 7, Shah Foundation supported 160 orphans from the Santal tribe of Gaibandha, And on the fourth day, winter clothes were distributed among the Dalit, Ravidass children in Kalir Bazar, Fulchhari, Gaibandha.❐