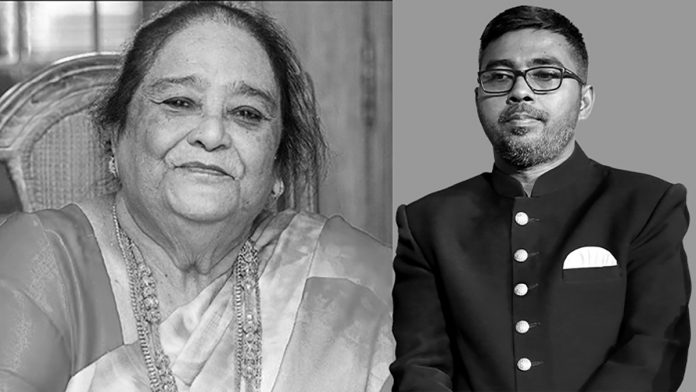 She breathed her last while undergoing treatment at Square Hospital in the capital. She was 90.

Her funeral was held at the Ramna Catholic Church around 7:30pm yesterday, Ajay Kumar Kundu, chief executive officer of Mediacom Limited, a subsidiary of Square Group, told The Daily Star.

Her body will be taken to Pabna this morning for burial at the family’s ancestral graveyard.

Our US office said, Shah J. Choudhury The President & Husneara Choudhury, Editor of hiindustan Surkhiyan.com expressed deep sorrow at the death of Anita and prayed for her departed soul. They also expressed condolences to the bereaved family.

Square Group, in a press release, said, “Anita Chowdhury was involved in various activities of religious, social development and voluntary organisations at national and international levels. Her death has cast a deep shadow over the Square family.”

Anita was born on August 5, 1932, in Cumilla, and settled in Pabna’s Ataikula with her father when she was a young girl.

Her father was the postmaster there in the 40s. She married Samson H Chowdhury on August 6, 1947, at the age of 15. She is survived by her children, grandchildren and host of wellwishers.