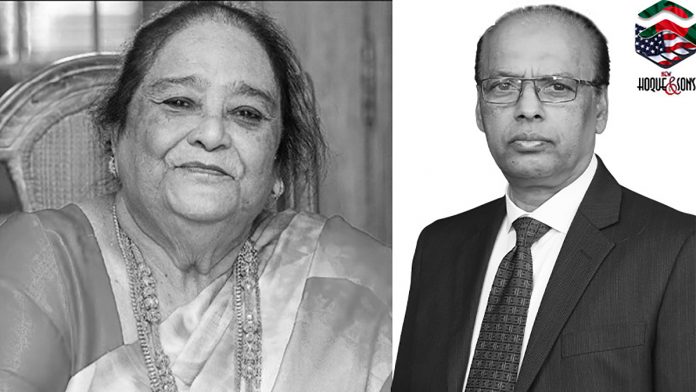 Zahan Ara Dolon: Anita Chowdhury, the wife of the late Square Group founder Samson H Chowdhury, has died in hospital care in Dhaka at the age of 90.

Anita, who was known as the ‘mother of Square Group’, died on Sunday at 1:06 pm while receiving treatment at Square Hospital, a hospital established by the business group she helped set up, the company said in a statement.

According to the group’s website, Anita, who has been listed as a sponsor shareholder of Square Pharmaceuticals and the 25 other private limited companies under the group, was the “prime motivation and encouragement” to Samson H Chowdhury for succeeding in business.

She also served as a volunteer for many charities and ecumenical organisations such as International Needs, Inner Wheel Club of Dhaka Buriganga, and Bangladesh Baptist Fellowship School Committee, reports bdnews24.com.

In a message, Sole distributor of Square Food Products in the United States & A K M Fazlul Hoque expressed his deepest condolences over Anita’s death to the bereaved family.