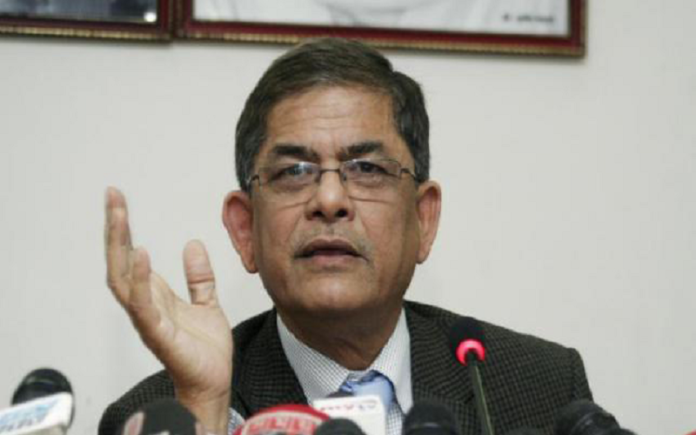 “Let people get rid of your (govt) misgovernance and arrange a fresh election under a caretaker government, stepping down from power,” Fakhrul told reporters after a standing committee meeting held at party Chairperson Khaleda Zia’s Gulshan office in Dhaka.

Claiming that people across the country are discussing on a single matter of casino gambling, Fakhrul said such type of offence has taken an acute turn during the rule of the current government as Awami League leaders have bogged down in corruption everywhere.

“You see the tone of their (govt) words come down nowadays. They spoke with high voices. Now they are caught on their own,” Fakhrul said hinting the recent crackdown on casino business.