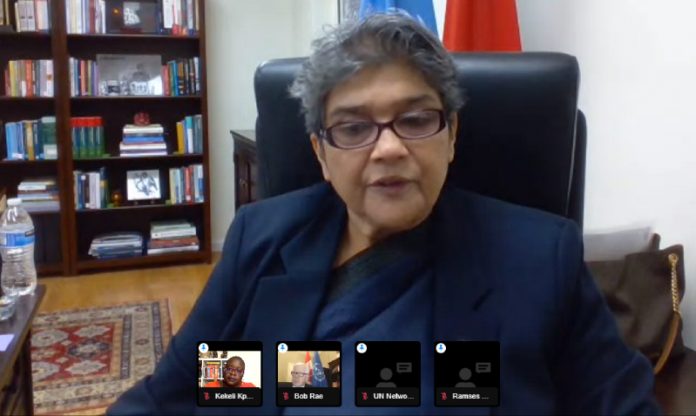 ostering global solidarity is crucial for combating the rising xenophobia and intolerance, and discrimination against migrants.

Permanent Representative of Bangladesh to the United Nations Ambassador Rabab Fatima said this on Tuesday while emphasizing strong political will to ensure the rights, well-being, and dignity of migrants.

Ambassador Fatima made the remarks during the high-level event where UN Secretary-General António Guterres’s biennial report “From Promise to Action: Global Compact for Safe, Orderly and Regular Migration” was launched.

Highlighting Bangladesh’s close association with the adoption of the Global Compact for Migration, she reiterated Bangladesh’s commitment to its implementation.

Referring to the daunting challenges faced by the migrants amid the pandemic – due to job losses, salary cuts, and lack of access to social security – she lauded the secretary-general’s report for providing practical policy recommendations to tackle the ongoing crisis.

Ambassador Fatima also thanked the secretary-general for recognizing the joint statement on the “Impact of Covid-19 on Migrants,” which was co-led by Bangladesh following the virus outbreak.

The statement was eventually endorsed by 103 member states.

Also, Ambassador Fatima called for harnessing the development potentials of migration and urged the UN and other international bodies to support the national governments in their effort to align the migration-related activities with the 2030 Agenda.

Also, she called for an enhanced global partnership for the skilling, re-skilling, and up-skilling of migrant workers.

Ambassador Fatima stressed the importance of providing them with sufficient funds for coping up with the “new normal” of the post-pandemic job market.❐