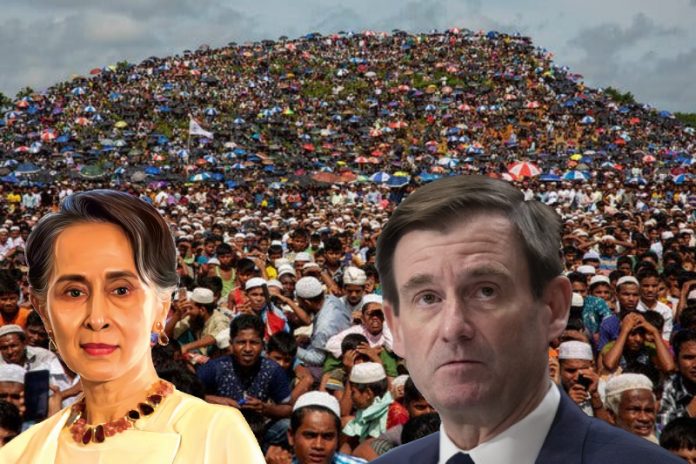 The United States has urged the Myanmar government to secure the voluntary, safe, dignified, and sustainable return of Rohingya and other refugees and internally displaced persons.

Under Secretary Hale reaffirmed American support for democratic reforms and humanitarian relief efforts in Burma and a credible, transparent, and inclusive national election in November.

“Under Secretary Hale pressed the Burmese [Myanmar] government to end conflict across the country and secure the voluntary, safe, dignified, and sustainable return of Rohingya and other refugees and internally displaced persons,” said Spokesperson at US Department of State Morgan Ortagus on Tuesday.

Earlier, the United States sought equal role from Myanmar’s all neighbours with “broad and unified voice” so that Rohingyas can get the confidence back to return to their homeland without any fear of further deportation.