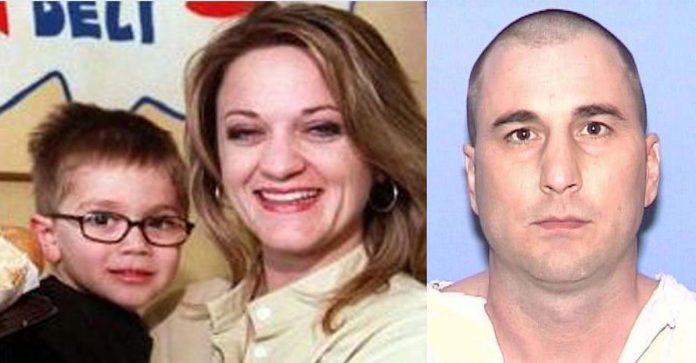 A Texas inmate who killed his pregnant ex-girlfriend and her 7-year-old son more than 17 years ago was executed on Wednesday, after courts rejected his appeals over claims of religious freedom violations and indifference to his medical needs.

Stephen Barbee, 55, received a lethal injection at the state penitentiary in Huntsville. He was pronounced dead at 7:35pm, 26 minutes after a fatal dose of pentobarbital began flowing into his body, reports AP.

Barbee had been condemned for the February 2005 deaths of Lisa Underwood, 34, and her son Jayden. Both were suffocated at their home in Fort Worth. They were later found buried in a shallow grave in nearby Denton County.

In his final statement, Barbee talked about his faith in God and hoped this would not be a sad moment for his family and friends. He did not mention Underwood or her son and did not look in the direction of his victims’ family and friends, who watched from a viewing room and locked arms with one another during the execution.

“I’m ready warden. Send me home,” Barbee said, as he cried. “I just want everyone to have peace in their hearts.”

On Monday, the Texas Board of Pardons and Paroles unanimously declined to commute Barbee’s death sentence to a lesser penalty or to grant a four-month reprieve.

The executions come despite declining support in recent years for the death penalty across all political parties. About 6 in 10 Americans favor the death penalty, according to the General Social Survey, a major trends survey conducted by NORC at the University of Chicago. While a majority continue to express support for the death penalty, the share has declined steadily since the 1990s, when nearly three-quarters were in favor.

Barbee was the fifth inmate put to death this year in Texas. He was the last inmate scheduled for execution this year in the state.

So far, 15 people, including Barbee, have been executed across the U.S. in 2022, all by lethal injection. This year’s total number of U.S. executions is already higher than last year’s 11, which was the lowest in more than three decades.

Two more executions in the U.S. are scheduled for Thursday — one in Alabama and one in Oklahoma.

The U.S. Supreme Court on Wednesday declined an appeal from Barbee’s lawyers to halt his execution.

Barbee’s attorneys had asked the court to stay his execution, arguing his religious rights were being violated. They said that in the wake of a ruling by the high court on what spiritual advisers can do while in the execution chamber, the state prison system still had not created a written policy on the issue.

In March, the U.S. Supreme Court said states must accommodate the wishes of death row inmates who want to have their faith leaders pray and touch them during their executions. Texas prison officials didn’t formally update their policy but said they would review inmates’ petitions on a case-by-case basis and would grant most reasonable requests.

The Texas Attorney General’s Office had said in a previous court filing that Barbee’s claims were moot, as state prison officials are allowing his spiritual adviser to touch him and pray aloud during his execution. During the execution, Barbee’s spiritual adviser held his right hand and prayed aloud while the lethal injection was administered. As the powerful sedative took effect, Barbee could be heard snoring just before he let out his last breaths.