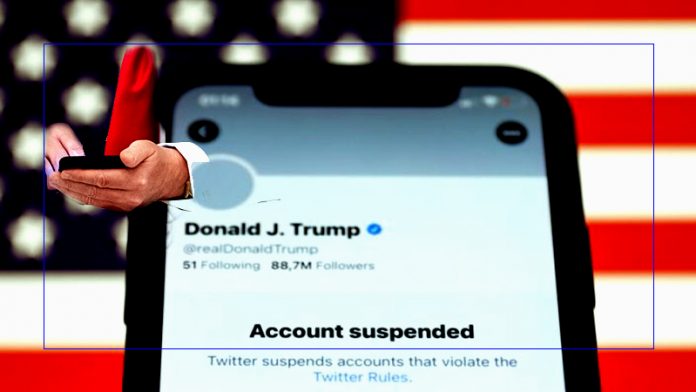 “I long predicted this would happen,” Trump wrote in regards to the ban. “We have been negotiating with various other sites, and will have a big announcement soon, while we also look at the possibilities of building out our own platform in the near future. We will not be SILENCED!”

The outgoing president then went on to blast Twitter for allegedly suppressing free speech and “promoting a Radical Left” agenda. “STAY TUNED!” Trump said at the end of his message.

The statement appeared on Twitter for only a few minutes, if not less. To enforce the ban, the company was quick to remove the content and lock down access to the @POTUS account. However, journalists, including one at PCMag, managed to save screenshots.

Trump’s Twitter ban occurs as the major tech companies have begun cracking down on apps and services used by pro-Trump supporters, out of fear they’ll incite more violence. “Plans for future armed protests have already begun proliferating on and off-Twitter, including a proposed secondary attack on the US Capitol and state capitol buildings on January 17, 2021,” Twitter wrote in a blog post on Friday announcing the Trump ban.

Which “other sites” the president might be planning to partner with wasn’t mentioned in his statement. But the Trump-friendly social media app Parler is already facing trouble. On the same day, Google said it pulled Parler from the Google Play Store over concerns its pro-Trump users have been making calls for violence. “In light of this ongoing and urgent public safety threat, we are suspending the app’s listings from the Play Store until it addresses these issues,” the company said in a statement.❐