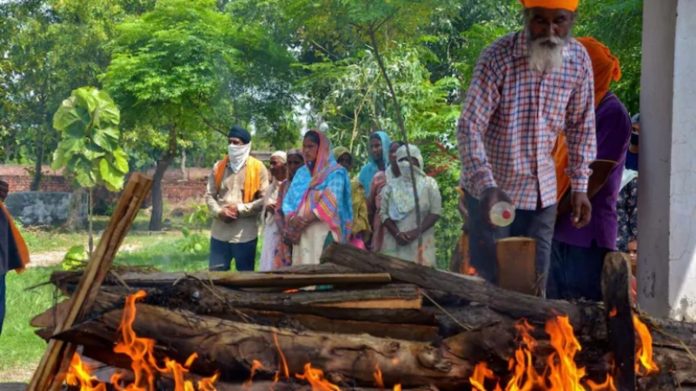 Sixty-three of the deaths were reported from Tarn Taran district, 12 in Amritsar and 11 in Gurdaspur’s Batala, officials said.

According to an official statement, the suspended officials included two deputy superintendents of police and four station house officers.

The police also launched a massive crackdown spanning more than 100 raids in the three affected districts of Amritsar Rural, Gurdaspur and Tarn Taran, along with several other places in and around Rajpura and Shambhu border.

The total number of arrests in the case has gone up to 25.

A mafia mastermind, a woman kingpin, a transport owner, a wanted criminal and owners and managers of various dhabas from where the illicit liquor was being supplied are among the arrested accused, DGP Dinkar Gupta said.

Twenty-five people have been arrested so far while Captain Singh warned of strict action against anyone found involved in the case. Seven excise and six police officials have been suspended.❑