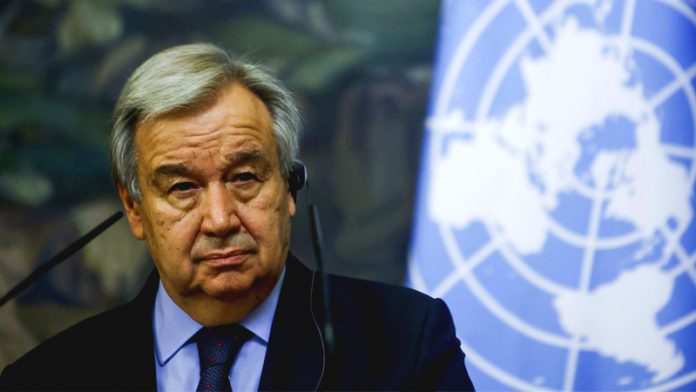 UN General Assembly on Friday appointed Antonio Guterres as the UN Secretary General for a second term beginning January 1, 2022, days after the powerful Security Council unanimously recommended his name to the 193-member body for re-election.

President of the 75th session of the UN General Assembly Volkan Bozkir announced that Guterres “has been appointed by acclamation as the Secretary General of the United Nations for the second term of office beginning on January 1, 2022 and ending on December 31, 2026”.

Bozkir then administered the oath of office to 72-year-old Guterres at the podium of the UN General Assembly Hall.

On June 8, the 15-nation Council had held a closed meeting where it adopted by acclamation the resolution that recommended Guterres’ name to the 193-member General Assembly for a second five-year term as Secretary General from January 1, 2022-December 31, 2026.

Estonia’s Ambassador to the UN Sven Jurgenson, President of the Council for the month of June, had told reporters after the meeting: “We have all seen actually the Secretary General in action.